A compact and energy-efficient memory cell for a quantum computer that operates not with bits, but with qubits (if a bit is either 0 or 1, then a qubit is both 0 and 1), designed by scientists from the St. IN AND. Ulyanov (Lenin) (St. Petersburg Electrotechnical University "LETI"). In this work, St. Petersburg researchers, as specified on the website of the university, were assisted by colleagues from the North Caucasus Federal University (NCFU), the Tehran branch of the Islamic Azad University from Iran, the Scientific and Technical University. Mawlana Bhashani from Bangladesh and the Canadian University of Saskatchewan.

The authors call the proposed theoretical model "a new memory component for future computing". The model can add and subtract, requiring fewer resources for operations and being more compact than analogues. At the same time, due to the operation with qubits, the speed of the operations performed increases at least twice. The concept, which will be useful for the development of big data, AI, biotechnology, quantum chemistry, etc., has already been tested on standard software for diagnosing such models.

As the scientists explained, their mathematical model is based on the performance of quantum calculations using the so-called cellular automata. The latter can be represented as a notebook sheet, in which each cell has its own quantum state encoded in a certain way. Performing various actions in one cell (for example, mathematical operations) affects all others located in the neighborhood. As a result, each cell is a unit of memory, that is, a qubit.

In general, according to the researchers, a paradoxical situation is now observed in the field of creating quantum computers, when there are more algorithms, theoretical projects and principles of operation than material possibilities, which is why many ideas cannot be put into practice. The researchers hope to realize their device as soon as an effective element base is created. 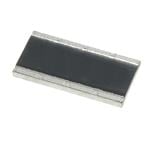 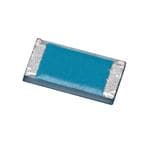 2. Why should I choose M12 circular connectors?

5. The technology to protect land and sea gas turbine...

The technology to protect land and sea gas turbine engines

6. Automotive lighting or key nodes in the developmen...

8. What is chip tuning and what is it for?

9. Introduction to the characteristics and life of FP...