Specialists of the analytical company IC Insights summed up the results of 2021 in the global microcircuit market. According to their calculations, the leading positions among companies with their own production, companies specializing only in development, and in the market as a whole are occupied by companies headquartered in the United States.

Interestingly, almost all South Korean and Japanese companies have their own production, while Taiwanese and Chinese, on the contrary, are mainly represented in the category of factoryless developers. And only in the USA is there a balance between these two categories.

Since the 1990s, the market situation has changed a lot. Japanese companies, which at the beginning of the period occupied almost half of the market, lost their leadership, and North American companies came out on top. Companies from the Asia-Pacific region show the most growth, while the share of European companies has changed the least.

Innopolis will help Russian companies with the transition to domestic software 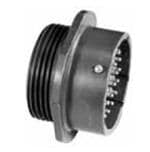 1. What is the role of thermal fuse in the circuit?

2. What is a car connector

What is a car connector

5. Significant increase in capacity of TSMC factory u...

7. Scientists have designed a compact and energy-effi...

8. Advantages and limitations of operational amplifiers

Advantages and limitations of operational amplifiers

What is an RF mixer and what types are there? RF mixer basics