How hard is it to make 5nm chips


After apple's and huawei's 5nm chip was unveiled, the other two chip giants, Samsung and Qualcomm, were always one step behind. As the most integrated chip manufacturing process ever achieved by mankind, the 5nm process can integrate up to 173 million transistors per square millimeter.Also based on the mobile processor architecture, the Cortex-A77, 5 nm chip may be able to improve the performance of the 7nm product by 50%. For the smart phone processor industry, which aims to reduce power consumption and improve performance, the 5nm chip manufacturing process has become the highland it must seize.

TSMC and Samsung have their own plots

During this window period, the chip design and manufacturing process has become the key to the commercial implementation of 5nm chips. At present, Qualcomm mediatek, Samsung, Apple, Huawei and Haisi, which are among the top five in the global mobile phone system chip market, have all laid out their designs for 5nm. As the release time of Samsung Qualcomm's flagship chip is approaching, on the track of 5nm, the five giants in the world's mobile phone system chip design industry have already set their eyes on the upstream of the industry chain in a neat way, with four 5nm chips.On the top of the mountain, there are only two Kings----TSMC and Samsung. The more advanced we go from 7nm to 5nm to 3nm, the more transistors per unit area, It's getting closer and closer to the limit of the physical system.With the launch of various products, 5nm chips have entered the market with a legend of Moore's Law, the war has intensified. The battle for 5nm will intensify as four new phones with 5nm chips enter the consumer market. However, apple, Huawei, Samsung and Qualcomm are far from the only companies that are ready to move at the starting line of the 5nm commercial circuit.


On the 5nm track, TSMC and Samsung are also playing hard. In the background of four new 5nm chips, huawei has its hands tied by a U.S. ban, Moore's Law has hit its limits, development has stalled, and a number of factors are causing the battle over mobile system chips to slide in an uncertain direction. As the most advanced manufacturing process 5nm chip that can be mass-produced at present, it has become the target pursued by most chip design players, among which the most eye-catching part is the competition among mobile chip design players. On the one hand, the performance of each 5nm chip is directly related to the performance of mobile phone, so it has become one of the most concerned topics for consumers.

Who will be the biggest winner in the global battle for 5nm chips? (Part Two) 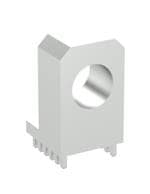 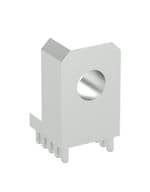 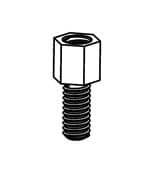