Thermal fuse is also called thermal fuse, it is a new type of electrical overheating protection element. This kind of element is usually installed in an electric appliance that is easy to heat. Once the appliance fails and generates heat, when the temperature exceeds the abnormal temperature, the thermal fuse will automatically fuse to cut off the power supply to prevent the appliance from causing a fire. In recent years, all household appliances in my country whose main function is to generate heat, such as rice cookers, electricity hoppers, electric stoves, etc., have been installed with thermal fuses. The thermal fuse can cut off the power supply in time when the internal part of the machine fails to prevent further electrical appliances. Damage, also put an end to the resulting fire. The thermal fuse is the same as the fuse we are familiar with. It usually only serves as a power path in the circuit. If it does not exceed its rated value during use, it will not fuse and will not have any effect on the circuit. It will fuse and cut off the power supply circuit only when the electrical appliance malfunctions and produces an abnormal temperature.

This is different from a fuse fuse, which is blown by the heat generated when the current exceeds the rated current in the circuit. 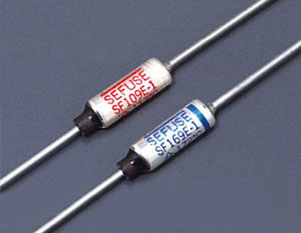 Thermal fuse has the characteristics of accurate melting temperature, high withstand voltage, small size and low cost. The rated temperature and rated current are marked on the housing of the thermal fuse, which is easy to identify and use. It can be widely used in electrical equipment, electric heating equipment and practical electrical appliances for overheating protection.

The thermal fuse mainly has the following parameters:

②Fusing accuracy: refers to the difference between the actual fusing temperature of the thermal fuse and the rated temperature.

③Rated current and rated voltage: Generally, the nominal current and voltage of thermal fuse have a certain margin, usually 5A and 250V. 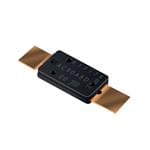 2. What is the role of thermal fuse in the circuit?