In order to explain the working principle of the force sensor, we first need to answer the following questions: Most force sensors are equipped with strain gauges. How does the strain gauge work?

(1) If the strain gauge is compressed, its resistance (Ω) will decrease, and if it is stretched, the resistance will increase.

So what are the differences between load cells and force sensors?

First of all, in terms of nature and principle, they seem to be very similar. A load cell measures the mass or weight of an object, while the measuring force of a force sensor is N or Newton. Each Newton is approximately equal to 100 grams. Let's analyze the two together. difference between!

The load cell is only used to measure the weight of the object, and only measures the direction of the gravity field, that is, it can only measure the force perpendicular to the ground, and the weight will always be greater than zero. If the container is placed under the load cell, then Will not produce weight in the opposite direction, and the force sensor is different, it can be tilted in various directions of pressure angle.

The load cell is produced in the factory and then needs to be calibrated in the field. The force sensor is calibrated in the factory immediately after production. Therefore, it is necessary to ensure that the measured value is the same after the sensor is removed and installed. Therefore, the load cell has a specific strength The sensor has a more robust structure to ensure the accuracy of the measured value under various changing conditions. 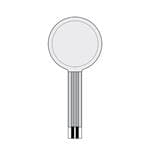 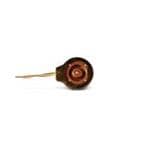 1. What is the difference between load cell and force...