The difference between inductance coil and inductor

Inductance coil is an important part of the inductor. Because the inductor is generally composed of a bobbin, winding (coil), shield, packaging material, magnetic core or iron core, etc.

The bobbin usually refers to a stent on which a coil is wound. Some large fixed inductors or adjustable inductors (such as oscillating coils, choke coils, etc.), most of which are enameled wires (or covered wires) around the skeleton, and then magnetic cores or copper cores, iron cores, etc. Put the magnetic core, copper core, iron core, etc. into the inner cavity of the frame to increase its inductance.

The skeleton is usually made of plastic, bakelite, ceramic, and can be made into different shapes according to actual needs. Small inductors (such as color code inductors) usually do not use a bobbin, but instead wind the enameled wire directly on the iron core. Air-core inductors (also called external coils or air-core coils, mainly used for high-frequency circuits) do not use magnetic cores, skeletons and shields, etc., but are wound on the mold before taking out the mold and between the coil Pull a certain distance.

"Winding" refers to a set of coils with predetermined functions, which are the basic components of inductors. According to different classification standards, there are single-layer and multilayer windings. There are two types of single-layer windings: closed winding (wires are wound side by side when winding) and indirect winding (wires are separated by a certain distance when winding). Multi-layer windings have layered flat windings and random windings.

After understanding the structure of the inductor, let's take a look at the methods that should be followed when replacing the inductor.

1. Between the small fixed inductor and the color code inductor, the color ring inductor, as long as the inductance and the rated electrical quality are similar to the outline size, they can be directly substituted for use.

2. Although the oscillating diagrams in semiconductor radios are of different models, as long as their inductance, quality factor and frequency range are the same, they can also be replaced with each other.

3. The line oscillating coil in the TV should be selected as much as possible to use products of the same model and specification, otherwise it will affect the working state of the circuit.

4. Deflection yokes are generally used in conjunction with picture tubes and line and field scanning circuits, but as long as their specifications and performance parameters are similar, even if the models are different, they can be replaced with each other. 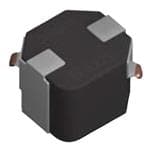 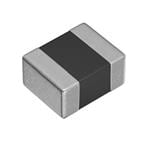 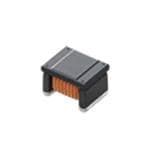 3. What are the 4 major characteristics of inductance...