The advantages of DC/DC converters are high efficiency, high output current, and low quiescent current. With the improvement of integration, many new DC/DC converters only require a few external inductors and filter capacitors. However, the output pulsation and switching noise of this type of power controller are relatively high, and the cost is relatively high.

Disadvantages: The load response is worse than LDO, and the output ripple is larger than LDO.

The internal adjustment tube of the LDO linear regulator uses a P-channel field effect tube instead of the PNP transistor in the usual linear regulator. The P-channel field effect transistor does not need to be driven by the base current, so the power supply current of the device itself is greatly reduced; on the other hand, in the structure using the PNP transistor, in order to prevent the PNP transistor from entering a saturated state and reducing the output capacity, it must be ensured Large input and output pressure difference; and the pressure difference of the P-channel FET is roughly equal to the product of the output current and its on-resistance, and the extremely small on-resistance makes the pressure difference very low. When the input voltage and output voltage in the system are close, LDO is the best choice, which can achieve high efficiency.

Therefore, LDO is mostly used in applications where the voltage of a lithium-ion battery is converted to a 3V voltage. Although 10% of the last discharged energy of the battery is not used, the LDO can still provide a longer battery life in a low-noise structure.

Whether portable electronic equipment is powered by AC mains after rectification (or AC adapter), or powered by a battery pack, the power supply voltage will vary within a wide range during operation. For example, when a single lithium ion battery is fully charged, the voltage is 4.2V, and the voltage after discharge is 2.3V, which has a wide range of changes.

Disadvantages: low efficiency, the voltage difference between input and output cannot be too large. The load can not be too large, the current largest LDO is 5A (but there are many restrictions to ensure the output of 5A)

Three. Comparison of LDO and DC/DC

The efficiency of DC/DC is generally much higher than that of LDO, which is determined by its working principle. Secondly, DC/DC has Boost, Buck, Boost/Buck, (some people also classify ChargePump into this category). The LDO only has a step-down type.

DC/DC has a large power supply noise due to its switching frequency, which is much larger than LDO. You can pay attention to the PSRR parameter. So when considering the more sensitive analog circuits, it is possible to sacrifice efficiency to ensure the purity of the power supply and choose LDO.

In addition, diodes, large capacitors, and some also require MOSFETs, especially Boost circuits. It is necessary to consider the maximum operating current of the inductor, the reverse recovery time of the diode, the ESR of the large capacitor, etc., so from the selection of peripheral devices It is more complicated than LDO, and the area will be correspondingly much larger.

In general, DCDC must be selected for step-up, and DCDC or LDO for step-down should be compared in terms of cost, efficiency, noise and performance. 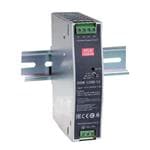 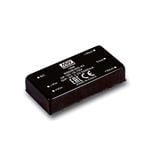 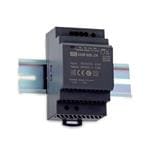 1. What is the difference between a DC/DC converter a...