The working principle of a capacitive encoder is the same as that of a digital vernier caliper, so the solution it provides overcomes many shortcomings of optical and magnetic encoders. In addition, it is less susceptible to vibration and extremely high/low temperature than the glass code disc used in optical encoders. As mentioned earlier, because capacitive encoders do not have LED burnout, their service life is often longer than that of optical encoders. Therefore, the package size of the capacitive encoder is smaller, and the current consumption in the entire resolution range is smaller, only 6 to 18 mA, which makes it more suitable for battery-powered applications. 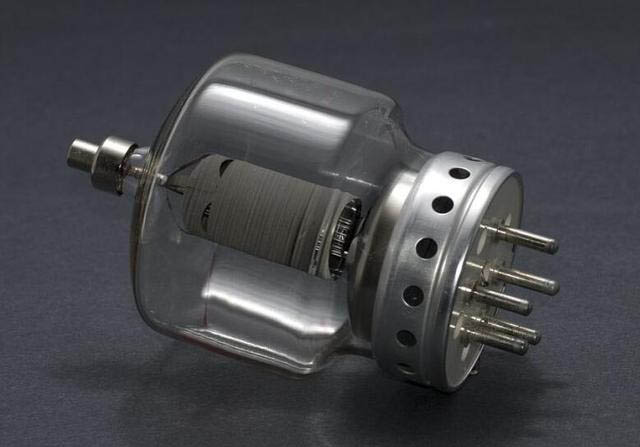 The capacitive encoder has high impedance and low power, so the required input force is very small, and the input energy is also very low. Capacitive sensors require very small input energy due to the extremely small electrostatic attraction between the plates with electrodes (about 10-5 N), so they are particularly suitable for solving measurement problems with low input energy, such as measuring extremely low pressure, The force and small acceleration, displacement, etc. can be made very sensitive, the resolution is very high, and it can feel the displacement of 0.001μm or less. Good temperature stability. The capacitance value of the sensor generally has nothing to do with the electrode material, which is conducive to choosing a material with a low temperature coefficient, and because it generates very little heat, it has little effect on stability.

Because the stability, accuracy and resolution of capacitive encoder technology are higher than that of magnetic encoders, the electromagnetic interference and electrical noise that the latter faces have little effect on it. In addition, the digital features of capacitive encoders can also bring key advantages in terms of flexibility and programmability. Because the resolution of an optical or magnetic encoder is determined by the encoder code disc, when other resolutions are required, a new encoder must be used each time, so that the time and cost of the design and manufacturing process will increase.

In addition, capacitive encoders can also bring key advantages in terms of flexibility and programmability. Because the resolution of an optical or magnetic encoder is determined by the encoder code disc, a new resolution must be used every time when other resolutions are needed. Encoders, so that the time and cost of the design and manufacturing process will increase. However, the capacitive encoder has a series of programmable resolutions, which saves designers the trouble of replacing the encoder every time a new resolution is needed. This not only reduces inventory, but also simplifies the fine-tuning of the PID control loop. And system optimization. When it comes to BLDC motor commutation, capacitive encoders allow digital alignment and index pulse settings, a task that can be repetitive and time-consuming for optical encoders. The built-in diagnostic function allows designers to further access system data to optimize the system or troubleshoot on-site. 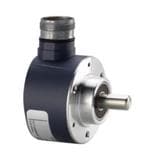 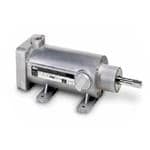 1. What are the advantages and characteristics of cap...