What is a magnetic sensor

There are two driving methods for magnetic induction sensors, one is driven by permanent magnets, and the other is driven by electromagnetic coils. The former is mostly used for detection, such as using a magnet to make a moving part, once it is close to the magnetic sensor, it can be attracted to send a signal. The latter is mostly used for control. If the solenoid coil is energized, the contacts can be closed. The use of magnetic induction sensors to replace the stroke switch contacted by collision can improve the reliability and service life of the system; therefore, it is often used as a signaling device with a proper stroke in a programmable controller.

The magnetic induction sensor is a contact sensor, as shown in the figure for its structure principle. It consists of two alloy reeds with high magnetic permeability and low coercivity, and is sealed in a glass tube filled with inert gas. A certain overlap and proper gap are maintained between the two reeds, the ends are gold-plated as contacts, and the fuze is welded outside the tube. When the magnetic induction intensity at the location of the sensor is large enough, the two reeds attract each other to make the contact conductive; when the magnetic field is weakened to a certain degree, it is released under the action of the elastic force of the reed itself.

When the magnetic induction sensor is driven by a permanent magnet, it is mostly used for detection. For example, it is used as a limit switch instead of a stroke switch that is contacted by collision. It can improve the reliability and service life of the system. It is often used as a position control communication in a PLC controller. signal.

① The voltage used by the DC magnetic induction sensor is generally 3~30V DC, and its typical application voltage range is generally 5~24V DC. Excessive voltage will cause the temperature of internal components to rise and make the sensor unstable. Low voltage is likely to cause external temperature changes to affect the magnetic field strength characteristics, causing circuit malfunctions.

②When using a Hall sensor to drive an inductive load, please connect a freewheeling diode in parallel at both ends of the load, otherwise the transient high voltage pulse during long-term operation of the inductive load will affect the service life of the Hall sensor.

③In order to ensure that no accidents occur, please check whether the wiring is correct before turning on the power and whether the approved voltage is at the rated value.

How to choose the right digital isolator? 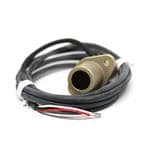 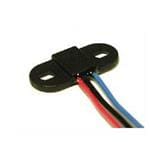 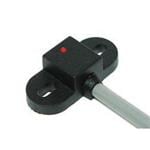 1. IBM and AMD collaborate on AI and Confidential Com...

IBM and AMD collaborate on AI and Confidential Computing

3. The working principle and precautions of magnetic ...