First. The role of the encoder-introduction

Encoder is a hardware/software device that compiles and converts analog video signals (such as bit streams) or data into digital signals that can be used for communication, transmission, and storage. Encoders are widely used. They are mainly used to detect the speed, position, angle, distance or count of mechanical motion. In addition to their applications in machinery, many motor controls such as servo motors need to be equipped with encoders for the motor controller to serve as commutation. , Speed ​​and position detection.

Second. The role of the encoder-classification

1. According to the working principle and different classification

(1) Incremental type: it sends out a pulse signal every time a unit of angle is rotated (there is also a sine and cosine signal, then subdivided, and chopped to produce a higher frequency pulse), usually A phase, B phase , Z phase output, phase A and phase B are pulse outputs that are mutually delayed by 1/4 cycle. According to the delay relationship, the forward and reverse can be distinguished, and the frequency can be doubled or 4 times by taking the rising and falling edges of the A and B phases. ; Phase Z is a single-turn pulse, that is, one pulse is sent out every turn.

(2) Absolute value type: It corresponds to a circle, and each reference angle emits a unique binary value corresponding to the angle, and multiple positions can be recorded and measured through an external circle device.

2. According to the different reading methods, it is divided into contact type and non-contact type.

3. According to the output type of the signal, it is divided into: voltage output, open collector output, push-pull complementary output and long-line drive output.

4. Classified in the form of encoder mechanical installation

5. According to the working principle of the encoder, it can be divided into: photoelectric type, magnetoelectric type and contact brush type.

Thirdly. What are the functions of the encoder?

Encoder is a kind of Sensor, which is mainly used to detect the speed, position, angle, distance or count of mechanical movement. In addition to being used in industrial machinery, many motor-controlled servo motors and BLDC servo motors need to be equipped with encoders. The motor controller is used as the detection of commutation, speed and position, so the application range is quite wide. According to the detection principle, the encoder can be divided into optical, magnetic, inductive and capacitive. According to its scale method and signal output form, it is divided into incremental encoder and absolute encoder. The photoelectric encoder uses the principle of grating diffraction to realize displacement-digital conversion. It has been applied to machine tools and computing instruments since the 1950s. Because of its simple structure, high measurement accuracy, and long life, it has received attention and promotion at home and abroad. Positioning, speed, length, acceleration, vibration and other aspects have been widely used.

Contact encoder ---- use a brush to output, a brush touches the conductive area or the insulating area to indicate whether the status of the code is "1" or "0".

Incremental encoder-converts the displacement into a periodic electric signal, and then converts this electric signal into a counting pulse, and the number of pulses is used to indicate the magnitude of the displacement. When the rotating shaft rotates, there is a corresponding pulse output, and its counting starting point can be set arbitrarily, which can realize multi-turn infinite accumulation and measurement.

Absolute encoder-a sensor that directly outputs digital quantities, often used in motor positioning or speed measurement systems. Because each angular position corresponds to a unique digital code, its indication is only related to the start and end positions of the measurement, and has nothing to do with the middle process of the measurement.

Rotary incremental encoder ---- to output pulses while rotating, and know its position through the counting device, when the encoder does not move or power failure, rely on the internal memory of the counting device to remember the position.

Multi-turn absolute encoder ---- Using the principle of clock gear mechanism, when the center code disk rotates, another set of code disks (or multiple sets of gears, multiple sets of code disks) are driven by gears, which is the basis of single-turn encoding The code for the number of turns is added to expand the measuring range of the encoder, and the code is determined by the mechanical position, and each position code is unique and does not repeat, and does not need to be memorized. 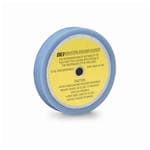 1. What are the advantages and characteristics of cap...

2. What is a decoder and what does it do?

3. The role of the encoder