With the rapid development of digital electronic technology, especially the development and popularization of computer technology, the application of digital circuits to process analog signals has become more and more extensive in many fields such as automatic control, communication, and detection. Most of the physical quantities that exist in nature are continuously changing, such as temperature, time, speed, flow, pressure, and so on. To use digital circuits, especially computers, to process these physical quantities, these analog quantities must first be converted into digital quantities that the computer can recognize, and the digital quantities after computer analysis and processing need to be converted into corresponding analog quantities in order to achieve Effective control of the controlled object requires a circuit that can bridge between analog and digital-analog-to-digital and digital-to-analog conversion circuits.

Digital-to-analog converter, also known as D/A converter, or DAC for short, is a device that converts digital quantities into analog. The D/A converter is basically composed of 4 parts, namely the weight resistor network, operational amplifier, reference power supply and analog switch. A digital-to-analog converter is generally used in an analog-to-digital converter. The analog-to-digital converter is an A/D converter, or ADC for short. It is a device that converts a continuous analog signal into a discrete digital signal.

The most common digital-to-analog converter converts parallel binary digital quantities into DC voltage or DC current. It is often used as the output channel of a process control computer system and is connected to an actuator to realize automatic control of the production process. Digital-to-analog converter circuits are also used in the design of analog-to-digital converters using feedback technology. 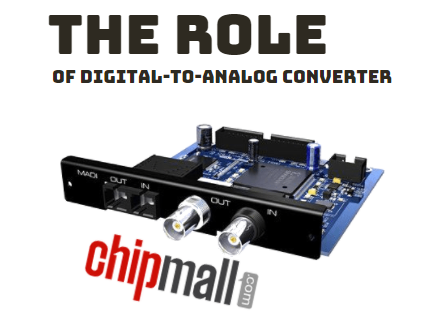 Points to note when choosing a high-current D-SUB connector.

5. When designing an operational amplifier, capacitan...

When designing an operational amplifier, capacitance will have the following effects

8. Introduction to the characteristics and life of FP...

9. Introduction to the properties of inductors