Under normal circumstances, there is only a small current in a reverse-biased PN junction. This leakage current remains constant until the reverse voltage exceeds a certain value, after which the PN junction suddenly begins to conduct a large current. This sudden and significant reverse conduction is reverse breakdown. If there are no external measures to limit the current, it may cause damage to the device. Reverse breakdown usually sets the maximum operating voltage of a solid-state device. However, if proper precautions are taken to limit the current, the reverse breakdown junction can be used as a very stable reference voltage.

One mechanism that causes reverse breakdown is avalanche mulTIplicaTIon. Consider a reverse-biased PN junction. The depletion region widens as the bias increases, but it is not fast enough to prevent the electric field from strengthening. The strong electric field accelerates some carriers to pass through the depletion zone at very high speeds. When these carriers collide with atoms in the crystal, they hit loose valence electrons and create additional carriers. Because a carrier can generate thousands of additional carriers by impact, just like a snowball can generate an avalanche, so this process is called avalanche mulTIplicaTIon.

Another mechanism of reverse breakdown is tunneling. Tunneling is a quantum mechanism process that enables particles to move a short distance regardless of the presence of any obstacles. If the depletion region is thin enough, then carriers can jump through tunneling. Tunneling current mainly depends on the width of the depletion region and the voltage difference across the junction. The reverse breakdown caused by tunneling is called Zener breakdown.

Precautions for the use of Zener diodes

1. Pay attention to the difference between general diode and Zener diode. Many general diodes, especially glass-encapsulated tubes, are similar in appearance and color to Zener diodes. If they are not carefully distinguished, they will be used incorrectly. The difference is: looking at the shape, many Zener diodes are cylindrical, shorter and thicker, while general diodes are more slender if they are cylindrical; look at the signs, the outer surface of the Zener diodes are marked with voltage stabilizer Value, such as 5V6, means the voltage regulation value is 5.6V; use a multimeter to measure, according to the unidirectional conductivity, use the X1K block to judge the positive and negative polarity of the tested diode first, then use the X10K block, and connect the black meter pen to the negative pole of the diode , The red test lead is connected to the anode of the diode, and the measured resistance is compared with the X1K gear. If the reverse resistance is very large, it is likely to be a normal diode. If the reverse resistance becomes very small, then It is a Zener diode. 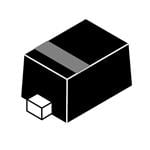 7. Do you know the package form and name of the resis...

9. The new pure blue OLED can overcome the challenge ...