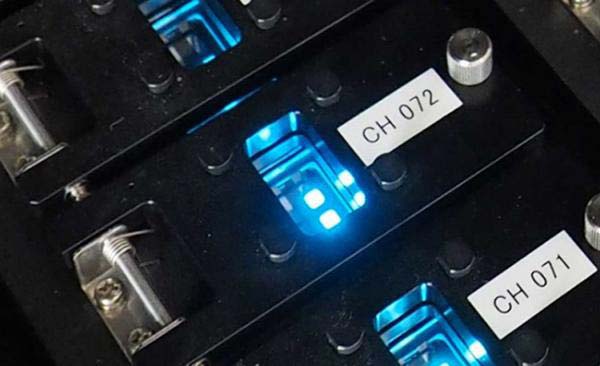 Researchers at Kyushu University in Japan used a new molecular combination of emitters and demonstrated a new way to overcome this challenge. The pure blue OLED divides the energy conversion and emission process between two different molecules.

Using this method, researchers can produce a high-efficiency emission of pure blue light that can maintain brightness for a relatively long period of time, and the device does not use any expensive metal atoms.

The researchers said that although there are more and more options for red and green OLEDs, devices emitting high-energy blue light have always been a challenge. For a long time, efficiency, color purity, cost, and life have been weighed against each other, and the working life of blue emitters is usually short, and expensive metals such as iridium or platinum must be used.

Researchers at Kyushu University's Organic Photonics and Electronics Research Center (OPERA) have developed light-emitting molecules based on thermally activated delayed fluorescence processes. This process can achieve the same efficiency without metal atoms, and exhibits the ability to emit multiple colors.

The researchers used a bimolecular approach called hyperfluorescence, which allowed the team to achieve a longer working life at higher brightness, longer than previously reported high-efficiency OLEDs with similar color purity. Their method basically stacks two devices together to effectively double the emission at the same current. The result is that under high brightness, the life span has almost doubled.

Researchers estimate that at milder intensities, the device can maintain 50% brightness for more than 10,000 hours. The team hopes that their OLED can replace the blue part of the OLED currently used in displays in the future.

1. Liquid crystal display will not be replaced, China...

2. Transparent display technologies such as OLED and ...

4. The new pure blue OLED can overcome the challenge ...

6. Modular power supplies offer up to 18 outputs with...