The global chip shortage will continue until 2023

Chip shortages to persist until 2023 – forecast

Taiwanese chipmaker United Microelectronics Corp (UMC), whose counterparties include Qualcomm and Infineon, among others, has predicted that the global chip shortage will continue until 2023, Reuters reported on Wednesday.

Even as sales of laptops, personal computers and smartphones fall, the shortage of chips cannot be eliminated, the company said. At the same time, there is a global increase in demand for chips from the automotive industry, manufacturers of industrial servers and in segments related to these areas.

Demand for microchips in the world contributed to the growth of UMC revenue for the first quarter of 2022 by 34.7% year-on-year to $2.16 billion. The company's gross profit for the reporting period increased by 120% year-on-year to $0.9 billion.

Recall that earlier The Register predicted a shortage of chips until 2024. A similar opinion is shared by a high-ranking representative of one of the leading chip manufacturers in the world - TSMC. 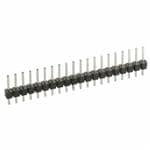 2. Wireless Gecko Bluetooth modules are a complete so...

3. UEC-Saturn expands the use of software robots

UEC-Saturn expands the use of software robots

4. Can the red varistor and blue be used in common?

Can the red varistor and blue be used in common?

5. The classification of supercapacitors and a detail...

6. Talking about the control principle and classifica...

7. Evaluation board offers prototyping and simplified...

8. An article takes you to understand the accelerometer