The Evolute electric vehicles have the highest level of localization

The private company Motorinvest has published the first commercial for a new line of Russian electric vehicles to be produced under the Evolute brand.

The head of the Ministry of Industry and Trade, Denis Manturov, said that by the time the SPIC expires, the level of product localization will reach 5,000 points. This looks surprising considering the following data: in 2021, the localization of UAZ Patriot was 2209 points, Renault Duster - 2149 points, Lada Vesta - 3200 points, Lada Granta - 3280 points. That is even in Russian models there have always been a lot of imported parts.

Earlier, the Ministry of Industry and Trade of the Russian Federation, the government of the Lipetsk Region and Motorinvest signed a special investment contract (SPIC) for the introduction of technology for the production of environmentally friendly urban vehicles based on traction electric motors under the Evolute brand.

The company plans to release five models of Evolute electric vehicles (a sedan, a minivan and three crossovers) in partnership with the Chinese engineering concern Sokon Group. We published details about the characteristics of cars this week.

Motorinvest's planned investments exceed 13 billion rubles over 11 years. During the implementation of the project, more than 242,000 electric vehicles of five models will be produced. This statement was made by the head of the Ministry of Industry and Trade Denis Manturov. The statement seems strange, because they usually talk about the annual productivity of the plant. Probably, we are talking about the number of cars that will be produced, taking into account the initial investment for 11 years. We will follow developments. 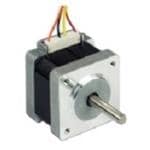 1. Can a capacitor continue to be used if the bulge i...

Can a capacitor continue to be used if the bulge is not serious?

2. Ericsson is considering the possibility of release...

3. How to use an oscilloscope, and a detailed introdu...