According to foreign media reports, some EU countries including France, Germany, Spain and Italy announced a plan to work together to improve the region's position in the global semiconductor market and reduce dependence on imports from Asia and the United States.

In a joint statement, representatives from 17 EU countries signed an agreement with a common goal, which is to increase Europe's influence in the semiconductor market. 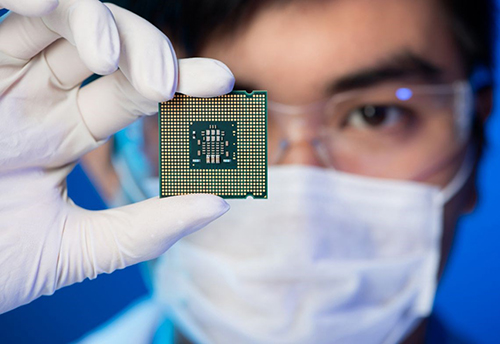 "New geopolitics, industry, and technological realities are redefining the competitive environment. In the context of long-standing global business, major market regions are strengthening the local semiconductor ecosystem to avoid excessive dependence on imports." The statement read.

The statement pointed out that in the current 5G and future 6G technologies, the semiconductor and processor industries will become more important than ever. This is related to the importance of a country's technological development, which highlights the gap between these industries in Europe and the United States.

Although these representatives pointed out that Europe is well-positioned in certain areas of the electronics and mobile industries, they added that the European region still relies on imported data processing chips and certain parts of electronic communications and processors.

"European chipmakers have strong influence in vertical markets, such as embedded systems for automotive and industrial manufacturing.

Europe also has a strong technological position in mobile networks, including current 5G and emerging 6G technologies. However, Europe's share of the 440 billion euro global semiconductor market is about 10%, which is far below its economic status. "It said in the statement.

As part of the agreement, these countries will coordinate their own research resources and unanimously target specific areas that are expected to achieve high growth.

"While staying open, Europe already has all the conditions to achieve diversification and reduce key dependencies. Therefore, we need to formulate ambitious plans, from chip design to advanced manufacturing towards the 2-nanometer node. Achieve differentiation and leadership in important value chains.” said Thierry Breton, European Commissioner for Internal Markets. "Today's popular joint action is an important step forward - it will pave the way for the establishment of an industrial alliance. As advanced processor chips play an increasingly important role in European industrial strategy and digital sovereignty The more important the role, the way of working together can help us use our existing advantages and seize new opportunities.