Taiwan's TSMC, the world's largest contract chipmaker, said a chip manufacturing plant it is building in Japan with Sony will receive an additional $1.6 billion in funding, on top of the $7 billion originally envisaged, Reuters reported .

According to Reuters, the Japanese government welcomed the announcement. Japanese authorities want TSMC to build factories in the country to make it easier to supply chips to Japanese electronics manufacturers and car companies as tensions between the US and China threaten to disrupt supply chains and demand for chips rises.

Denso, a Japanese automotive component manufacturing corporation, will invest $350 million in a TSMC factory and receive more than 10% of the shares. Automakers have been hit particularly hard by the global chip shortage, causing some production lines to shut down.

Last year, TSMC pledged to spend $100 billion over three years to expand chip manufacturing capacity. The company is building a $12 billion plant in the US state of Arizona, Reuters notes.

Previously, TSMC's management  chose  American automakers and Apple as priority customers after meeting with the head of the US Department of Commerce. 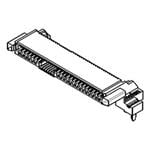 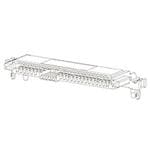 1. Differences and advantages and disadvantages betwe...

2. TSMC announced the details of 3nm technology, the ...

4. Two giants have been accepted one after another, w...

Two giants have been accepted one after another, where is the future of FPGA

5. Do you know the package form and name of the resis...

6. What is a car connector

What is a car connector

9. An article takes you to understand the accelerometer