The model of the complex for the production of gaseous oxygen of high purity from the air was presented by the Shvabe holding in Tashkent. Domestic development will allow doctors to receive medical gas for patients on their own and thereby ensure independence from third-party suppliers.

The oxygen produced by the concentrator of the Shvabe holding has a purity factor of 90-96%. Such oxygen is used by anesthesiology and resuscitation services, in intensive care units and operating units.

The element is produced by pressure swing adsorption technology. The principle is based on the property of the adsorbent to absorb individual gases with different intensity. The use of such concentrators gives medical institutions complete autonomy and independence from suppliers, since gas is obtained directly at the place of consumption.

The developers call the key advantages of the Shvabe concentrator a multiple reduction in the cost of oxygen produced and reliability due to the absence of gasifiers, which are hazardous production facilities. It also provides round-the-clock uninterrupted supply, the absence of direct control from the medical staff and full automation of production.

The production of concentrators is carried out by Shvabe together with a technological partner - the company Medical Technologies. The organization was founded in 1996 and remains one of the leaders in the production of stationary medical equipment and medical gas stations. Boards instead of chips 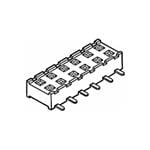 GS Labs: Patent for the invention of a dual-tuner receiver

10. Lack of stock in the upstream causes urgent supply...