During the annual shareholder meeting, SK Hynix said it was interested in becoming part of the consortium to buy Arm. Although several companies, such as Qualcomm and even Intel, have already indicated their interest in buying Arm, SK Hynix has shown interest for the first time. Noteworthy is the mention of the consortium.

While SK Hynix has only recently begun working on the idea of ​​buying Arm, most likely due to Nvidia's failed attempt to buy Arm , it looks like SK Hynix's plans are very different from Nvidia's.

Other representatives of the industry also offered to buy Arm by the consortium. This option seems to be the most acceptable in terms of relieving the concerns of Arm licensees in the long run. Shvabe presents ophthalmic equipment at an exhibition in Yakutia 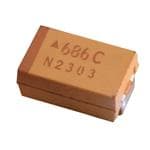 4. Flexible circuit materials will be available in th...

Flexible circuit materials will be available in the near future

5. The global chip shortage will continue until 2023

The global chip shortage will continue until 2023