Deputy Prime Ministers Yuri Borisov and Dmitry Chernyshenko held the final strategic session on the development of the electronics industry, the government said on Monday.

The work at the strategic sessions was aimed at the implementation of six goals. Domestic manufacturers should be represented in all areas of the domestic market and produce products on the Russian component base. Russian companies should be among the top 5 world manufacturers of microelectronics, and the volume of exports of products in the future should exceed sales on the domestic market. Unique competencies and technological stages within the framework of international cooperation should be concentrated in Russia, as well as a threefold increase in the share of the electronics industry in GDP, the report says

As a result, Yuri Borisov noted the growth potential of Russian microelectronics and the need to support the industry in the near future and in the long term. Dmitry Chernyshenko instructed to submit as soon as possible the main measures to support the industry for inclusion in the second plan of priority actions to ensure the development of the Russian economy. Rostec has improved the technology of manufacturing stealth glass 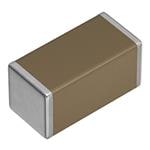 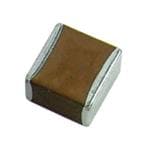 8. The working principle of LDO and its application e...

The working principle of LDO and its application examples

9. The performance index of the comparator, the class...