The Rostec United Aircraft Corporation invites designers and architects to create a new look for passenger liners and aircraft factories. Authors from Russia and the CIS will be able to offer their concepts at the Design Act-2022 competition. The best ideas can be brought to life.

This year, in the open competition of industrial design and innovative projects “Design Act-2022”, two nominations are associated with the aircraft industry: “High-Tech Territory” and “Vehicle Design”.

In the first nomination, the works will be devoted to three topics. The first is the design and comfortable environment for the territories of the UAC enterprises, the second is the exterior and landscaping of the adjacent territory of the checkpoint of the Ulyanovsk Aviastar enterprise, the third is the landscaping of the embankment of the enterprise TANTK named after. G.M. Beriev in Taganrog.

In the second nomination, you can offer a livery and interior for the latest MS-21 passenger airliner or a single visual concept for the business version of the aircraft. 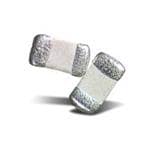 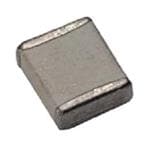 1. How to quickly detect the quality of light-emittin...

How to quickly detect the quality of light-emitting diodes?

3. Design and calculation of active filter

Design and calculation of active filter

6. What problems can X-ray detect the welding of elec...

What problems can X-ray detect the welding of electronic components