The so-called pulse transformer is a broadband transformer. For communication transformers, nonlinear distortion is an extremely important indicator. Therefore, the transformer is required to work at the initial permeability of the magnetic core, so that even transformers with very small power such as input transformers have to have a considerable shape. . In addition to considering the frequency characteristics of the transformer, how to reduce the loss is also a very concern.

The principle of pulse transformer is to use the magnetic saturation performance of the core to transform the input sine wave voltage into a narrow pulse-shaped output voltage transformer. It can be used for burner ignition, thyristor triggering, etc. The structure of the pulse transformer is that the original winding is sleeved on a core column made of silicon steel sheets with a larger section, and the secondary winding is sleeved on a core column made of permalloy material with a smaller section, which is easy to be highly saturated. It can be placed in the middle of the two columns. Set the magnetic shunt. The relationship between voltage and magnetic flux, the input voltage u1 is a sine wave, and a sine magnetic flux Φ1 is generated in the iron core on the left. The magnetic flux Φ2 in the iron core on the right is highly saturated and is a flat-top wave. It only changes near the zero value and is immediately saturated to reach a fixed value. At the moment when Φ2 crosses the zero value, a very steep narrow pulse electromotive force e2 is induced in the secondary winding. There is an air gap in the magnetic shunt, and Φσ basically changes linearly, which is similar to magnetic leakage. Its function is to ensure that Φ1 is a sine wave.

Pulse transformers are widely used in radar and conversion technology; the matching of load resistance and the characteristic impedance of the feeder; raising or lowering the pulse voltage; changing the polarity of the pulse; the isolation of the transformer secondary circuit and the primary circuit applies several secondary windings to obtain the phase Relations; isolate the DC component of the power supply part; in the transistor pulse oscillator, the collector and the base are strongly coupled; several secondary windings are used to obtain several pulses of different amplitudes, so that the plate loop of the electron tube It forms a positive feedback between the gate loop, or the collector and base of the transistor to generate self-excited oscillation; as a power synthesis and conversion element, etc. 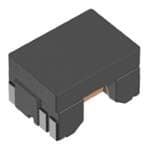 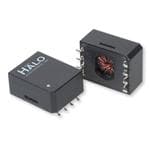 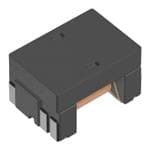 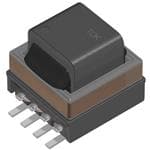