Renesas Electronics Corporation has announced that more than 20 of its rad-hard ICs were onboard the July 30 lift off of NASA's Mars 2020 Perseverance rover. A ULA Atlas V rocket, with the Perseverance rover and Ingenuity Mars Helicopter onboard, launched from Florida.

While on the Red Planet, the rover will flight test the helicopter, searching for signs of ancient life, and collect rock and sediment specimens to send back to Earth. 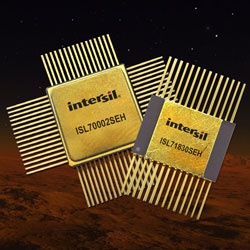 “Our innovative Intersil brand rad-hard-ICs continue to play a key role in NASA JPL’s ongoing Mars exploration missions, which has energised a new generation of engineers, scientists and astronauts,” said Philip Chesley, vice president, Industrial and Communications Business Division at Renesas. “Renesas is proud and honoured to be a part of the Mars 2020 Perseverance mission that will pave the way for future human missions to the Moon and Mars.” 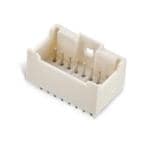 Series of switching regulators are very efficient and economical

2. Protect against Rootkit and Bootkit malware

Protect against Rootkit and Bootkit malware

3. Simple solution for dual-battery automotive and in...

9. DC-DC converters for high-performance industrial a...