In recent years, the pattern of the global industry has been quietly changing. Many well-known or large enterprises are gradually being eliminated by innovative companies. In the future, the display industry will present an oligopoly competition pattern. Nowadays, my country's flat panel display industry has gradually completed the transformation from small to large, from weak to strong, and Chinese companies are emerging globally. In this oligarchic battle, China shows that enterprises have become the most powerful force in global industrial development.

TFT-LCD will not be replaced

So far, display technologies are mainly divided into four categories: one is TFT-LCD display (liquid crystal display), the other is vapor-deposited OLED display, the third is printed OLED/QLED display, and the fourth is laser display. In addition, although Micro-LED displays have a very small number of shipments, they are also very promising in the industry, and next-generation displays such as light field displays and nano-LEDs are also accumulating.

Among various display technologies, TFT-LCD display is the most mature and mainstream technology with the most complete industry chain. In recent years, the rapid development of TFT-LCD technology has achieved great breakthroughs in contrast, resolution, and color gamut, and many display parameters are close to the visual limit of the human eye. This shows that various technologies are becoming more and more mature today, and LCD screens will be accepted by more people. According to data from Zhongyikang, it is estimated that by 2020, TFT-LCD will still occupy most of the display market, accounting for 65%.

Although the near display screen still occupies a high proportion of the market, the sound of the liquid crystal display will be replaced from time to time. However, there is no so-called "new generation technology", because various display technologies are constantly upgrading and innovating, so under the continuous innovation and upgrading of liquid crystal display technology, it is still the mainstay in the market, and it will be difficult for a period of time to come. Will be replaced.

In addition, in the face of more and more investment in TFT-LCD panel production lines, whether China's LCD production capacity will be excessive has become a topic of concern. However, I think so, saying that it is too early to say that there is overcapacity. On the one hand, the average size of TV panels is constantly increasing. By 2025, the average size of TV panels will increase from 41 inches to 49.3 inches; on the other hand, with the advent of the 5G era of mobile communications, global 4K/8K TV The growth rate is very fast. It is estimated that by 2025, the shipment area of ​​8K TV panels will increase 16 times compared with 2019. In addition, China’s current 2K TV inventory is 700 million. Assuming that 40 million 2K TVs are replaced with 4K/8K TVs every year, it will take at least 15 years to replace all 2K TVs based on current production capacity.

With the development of the industry and the increase in demand, the growth point of the TFT-LCD market is mainly concentrated in high-profile products, including 4K/8K, 120Hz, Oxide, LTPS, etc. From the perspective of market segments, the market size of TFT-LCD terminal products with large size, high resolution, high contrast, high dynamic range images (HDR), and high refresh rate will continue to increase. In addition, in addition to the mobile phone and LCD-TV markets, innovative technologies and innovative applications such as OLED TV, automotive displays, and commercial displays will also maintain rapid growth.

China's latecomers in the AMOLED industry

According to Omdia data, the flat panel display market in 2019 was US$108 billion. Among them, the TFT-LCD market scale remains at 80 billion US dollars per year, which is about 4 times the size of the AMOLED market. With the slow shrinkage of the TFT-LCD market, the AMOLED market has begun to gradually expand, and the new display market is ushering in the golden development period of AMOLED.

It is predicted that by 2025, the flat panel display market will reach 126 billion US dollars. Among them, the AMOLED market will grow to 50 billion U.S. dollars, accounting for 40% of the total, more than doubled in 2019.

In the field of smart phones, AMOLED has developed rapidly, and currently has occupied more than 50% of the market share, and continues to maintain a rapid growth trend. In addition, major manufacturers are also stepping up research and development of OLED screens used in tablet computers and notebook computers, so the future industry scale has a trend of rapid growth. In addition, the scale of flexible OLED products such as folding and curling is also growing rapidly. Among them, the compound growth rate of folding products has reached 97.2%, and the annual compound rate of curling TV products has increased by more than 400%.

For a long time, Korean panel factories have basically "contracted" most of the AMOLED market. It is reported that in 2019, Korean AMOLED panel makers shipped about 400 million pieces globally, accounting for 87% of shipments.

In recent years, the global display industry pattern has changed rapidly. Although China still has a big gap with South Korea in the AMOLED industry, we are striving to catch up. In 2019, China's AMOLED panel makers shipped about 56 million pieces, an increase of 133.5% year-on-year, and global shipments accounted for 12%. Domestic manufacturers are accelerating to catch up with Korean manufacturers. At the same time, mainland China is investing heavily in the construction of AMOLED production lines. There are currently 6 G6 flexible AMOLED production lines under construction, with a total investment of more than 200 billion yuan. If all are reached, the production capacity will reach 7.18 million square meters per year, which will exceed Samsung.


It is believed that in the near future, AMOLED production capacity in mainland China will be the same as the LCD industry, with latecomers taking the lead.

The global new display industry landscape is being reshaped.

Nowadays, the global new display industry structure is being reshaped, and many well-known companies are gradually withdrawing or passively eliminating them. The oligarchic competition structure of the display industry has gradually become clear. In this oligarchic battle, China shows that companies are striving to become the front runners in the development of global industries. With the further increase in the concentration of the display industry, the cyclical price fluctuations caused by market fluctuations and price competition in the past will be further improved, and the competitive landscape will become more orderly.

With the strong support of the state and the help of local governments and national investment banks, the flat panel display industry in mainland China has maintained a rapid and stable development trend in the past decade. Although the growth rate of production capacity has slowed slightly in recent years, the annual growth rate has exceeded 22%. It is estimated that by 2025, the total production capacity of the flat panel display industry in mainland China will reach 320 million square meters. With the advent of the Internet of Things era, the iterative speed and customization requirements of display products will continue to increase, and the dependence on technology will also be higher. Therefore, new display technologies will surely become the main battlefield of industry competition. 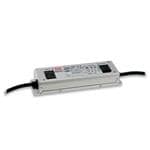 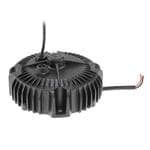 1. Liquid crystal display will not be replaced, China...