Wi-Fi use in Smart Agriculture

Wi-Fi, an obvious wireless solution across the world, is now being used extensively in smart agriculture. With ranges of up to 300 feet outdoors from a single router, Wi-Fi is an excellent solution for small to midsize smart agriculture applications when used for a standalone hub. Wi-Fi is relatively advanced when compared to less popular wireless technology networks. It allows the technology to be more mature and adopted, and thus more integrable across various solutions or platforms.

Wi-Fi occupies the 900 MHz, 2.4 GHz, 3.6 GHz, 4.9 GHz, 5 GHz, 5.9 GHz, and 60 GHz bands, making its RF connectivity flexible for a variety of environments and distances. While these frequencies allow for a quick transfer of data, they have high rates of absorptivity, meaning they are generally best used in line-of-sight proximity applications where interferences may absorb the RF signal. While its limited range may seem undesirable in smart agriculture, which commonly consists of large physical areas, it's more advantageous than long-range wireless solutions in specific niche smart agriculture applications. For instance, Farmshelf, an indoor, small-scale, smart agriculture solution that brings traditional agriculture directly to restaurants and markets, uses Wi-Fi to relay information to its users.

Many traditional agriculture applications have been made 'smart' by retrofitting devices, tools, assets, and resources. This retrofitting technology, however, typically requires a significantly longer-range wireless solution to transmit across vast distances commonly found on a farm or other agriculture-based land. Additionally, given their remote locations, these long-range transmission devices are often battery- or solar-powered, resulting in low-power requirements for any device operation. A low-power wide-area network (LPWAN) is the perfect technology solution for these smart agriculture operations. A variety of LPWAN technologies exist on both licensed and unlicensed RF bands.

The three most widely used LPWAN technologies globally are LoRa, Sigfox, and NB-IoT, which are all at the forefront of the smart agriculture industry.

1) LoRa, named intuitively for its long-range communication capabilities, was introduced in 2009 and expanded in 2012 by Semtech. LoRa has become a common LPWAN that is used globally for low-power, low-cost wireless communication capable of operating at distances up to 50km (30 miles).

2) Sigfox, which is currently available primarily in the European market, is both a company and a network operator that's in the process of expanding worldwide.

3) NB-IoT is a narrow band, LTE-based LPWAN technology designed to be extremely simple and low-power to achieve applicability in a variety of smart agriculture and industrial IoT applications.

LPWAN-enabled devices are significantly more long-range than high-bandwidth wireless communications. But with their range strength comes a limitation of data transferability. For example, streaming 4k video is not feasible on LoRa networks, but sending data packets from a soil pH and humidity sensor is more realistic. Currently, the most substantial limitation of LPWAN is its availability. The highest demand for wireless communication in the current infrastructure is primarily high-bandwidth communication. While there is undoubtedly a market for the use of LPWAN, its adoption and use have proved to be slower than technologies such as 3G cellular and higher data density communication technologies.

GPS/GNSS use in Agriculture

One of the largest, most globally adopted wireless communication infrastructures, is the Global Positioning System (GPS). While this technology is not a point-to-point communication system in the same sense as Wi-Fi or LPWAN technology, this wireless technology has had a dramatic impact on the world, including smart agriculture.

Initially developed in the mid-20th century, preliminarily deployed in 1978, and fully implemented in 1993 by the United States military, GPS utilizes a network of 24 to 31 satellites that transmit radio signals containing their exact position and time. Specialized receivers instantaneously gather this information and process it to understand its position relative to the satellites, and subsequently, its position on Earth with a modern accuracy of 30 centimeters. However, GPS is slowly becoming a legacy technology that will someday be replaced by more advanced Global Navigation Satellite Systems (GNSS). These include Europe's Galileo, Russia's GLONASS, India's NavIC, and China's BeiDou, all of which have seen some level of operation since the turn of the century.

In smart agriculture, global positioning gets utilized for a multitude of applications, including the tracking of animal herds, farming equipment, and even agricultural drones. John Deere is one of the largest manufacturers of agriculture equipment on the planet and heavily relies on the use of GPS and similar technologies. Some of its solutions, such as its Precision Agriculture and Guidance devices, utilize GPS to guide automated farming equipment, track productivity and coverage of critical processes, and provide data on a large scale that can aid in the efficiency of the agricultural process. Until recently, the use of GPS in smart agriculture has provided the industry with only supplementary information.  However, recent developments in edge processing and intelligent driving technologies have turned GPS data into an additional input for equipment control.

There are a wide variety of wireless communication technologies used today in smart agriculture. Fast data transmission technologies such as Wi-Fi provide users with loads of data quickly and in close proximity. LPWAN gives users the flexibility of vast distances and low costs but limits the amount of transferable data. GPS and other GNSS provide a limited but invaluable set of data points that are useful across the globe in nearly unlimited applications.

Together, the wide variety of wireless technology available for agricultural use has undoubtedly turned a historical and vast industry into a 'smart,' data-centric one that is continually optimizing itself and embracing new technologies in stride. 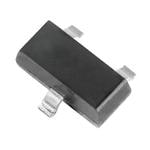 2. The ARM M&A case is still fermenting the disturban...