According to recent reports, TSMC FinFET (process) and Samsung GAA (process) have encountered different but critical bottlenecks in the development of 3nm process technology. Therefore, TSMC and Samsung will have to postpone the development progress of 3nm process technology. According to TSMC’s plan, 3 nanometer technology will be certified and trial-produced this year. However, it will be put into mass production in 2022. 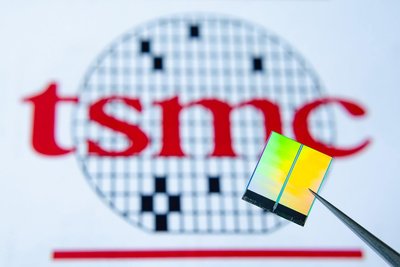 So far, there are reports that Apple has won a large part of TSMC’s 3nm contract. This means that Apple will become the first customers of TSMC's 3 nanometer technology. If the time to market for 3nm chips is extended, 5nm chips will spend more time on the market. At the same time, considering that Intel’s current most advanced process is 10 nanometers, this also provides an opportunity for Intel’s process to catch up. However, there is still enough time to start production in 2022.

Although mass production of TSMC and Samsung's 3nm chips will begin in 2022, we expect TSMC to lead. The Taiwanese manufacturer may deliver goods six months in advance. This front-end semiconductor manufacturing company once claimed that its 3-nanometer chip will improve performance by 10% to 15% over the recent 5 nanometer chip, and that the 3-nanometer chip will save 20% to 25% of energy.

In addition, TSMC Chairman Liu Deyin previously stated that TSMC’s revenue this year has continued to hit new highs, leading the 3-nanometer layout, and its cumulative investment in Nanke will exceed NT$2 trillion. The goal is to produce 12-inch wafers per month. In contrast, Samsung’s foundry division is preparing to invest US$116 billion to catch up with TSMC in the 3-nanometer process.

TSMC will send more than 300 employees to work in the Arizona factory.

Taiwanese chip maker TSMC is currently building a new chip factory in Arizona, USA. According to TSMC's plan, the project will start next year. Chip manufacturers are also preparing to dispatch and recruit relevant personnel for the operation of the factory. In a recent interview with TSMC Chairman Liu Deyin, it is clear that TSMC will send and recruit employees to the United States. Liu Deyin said in an interview that they will send more than 300 employees to assist the Arizona plant to start operations. In addition, the company will recruit 300 graduates and engineers with many years of work experience.

TSMC's plan to build a factory in the United States entered the public eye for the first time on May 15 this year. The plant's goal is to start production in 2024. From 2021 to 2029, TSMC will invest US$12 billion in the plant. The plant will use a 5-nanometer process with a monthly production capacity of 20,000 pieces.
‌
However, according to the current plan, TSMC is preparing to recruit more than 600 employees in the early stage and directly create more than 1,600 high-tech jobs. When announcing the plant construction plan at that time, TSMC stated that the recruitment plan was only temporary and that it would decide whether it could create more employment opportunities based on the current actual social conditions.