Imagination Technologies  reported on recent news that the Russian microprocessor company, Yadro Microprocessors, has purchased a license for the graphics processor BXM-4-64. This GPU will be part of the EL Construct T RISC-V SoC, which is designed for enterprise-class tablets. It will be released in 2023, according to the statement.

According to sources at Imagination Technologies, the high-performance GPU IP core will be able to process 4 pixels per clock, which will provide the added scalability benefit of the B-Series multi-core architecture and will ship with good API and OS support, including improved compatibility with any tablet software on based on the Linux operating system. The list of supported APIs includes Vulkan 1.2, OpenGL ES 3.x / 2.0 / 1.1 plus extensions such as OpenCL 3.0 and Android NN HAL, the list of compatible operating systems will include Linux Consumer, Linux X.org and Android. GPU performance is 64 FLOPS per clock with FP32 precision and 128 FLOPS per clock with FP16 precision.

One of the main features of the BXM-4-64 GPU is the new Imagination IMGIC image compression technology. It can create multiple levels of real-time image compression, balancing memory bandwidth and image quality.

The BXM-4-64 GPU is fully compatible with the EL Construct T RISC-V host processor thanks to a CPU architecture independent driver stack designed for easy portability and integration with the operating system. 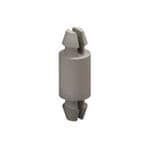 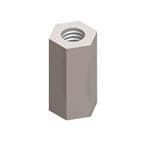 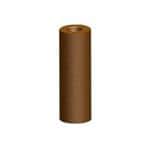 1. Better than round cables! Under these conditions, ...

Better than round cables! Under these conditions, the advantages of flat cables are obvious

4. What is wireless charging technology?

6. Capacitor puzzle: how to use capacitors together?

7. How to Increase Function, Intelligence and Connect...

How to Increase Function, Intelligence and Connectivity for Complex Industrial Machines

8. The following issues should be paid attention to b...