How to measure if the safety capacitor is broken

One: Testing of fixed safety capacitors

Because the capacity of the fixed safety capacitors below 10pF is too small, when measuring with a multimeter, it can only be qualitatively checked for leakage, internal short circuit or breakdown. When measuring, you can choose a multimeter R×10k block, and use two meter pens to connect the two pins of the capacitor arbitrarily, and the resistance should be infinite. If the measured resistance value (the pointer swings to the right) is zero, it means that the capacitor is damaged by leakage or internal breakdown.

2, detect whether the 10PF～0.01μF fixed safety capacitor is charging, and then judge whether it is good or bad. The multimeter selects R×1k gear. The β value of the two transistors is above 100, and the penetration current should be small. 3DG6 and other types of silicon transistors can be used to form a composite tube. The red and black test leads of the multimeter are respectively connected to the emitter e and collector c of the composite tube. Due to the amplification effect of the composite triode, the charge and discharge process of the capacitor under test is amplified, and the amplitude of the pointer of the multimeter is enlarged, which is convenient for observation. It should be noted that when testing, especially when testing smaller-capacity safety capacitors, it is necessary to repeatedly change the contact points A and B of the capacitor pin to be tested to clearly see the movement of the multimeter pointer.

C For safety capacitors above 0.01μF, the R×10k block of a multimeter can be used to directly test whether the capacitor has charging process and whether there is internal short circuit or leakage, and the capacity of the capacitor can be estimated according to the magnitude of the pointer swing to the right.

2. Connect the red test lead of the multimeter to the negative pole and the black test lead to the positive pole. At the moment of contact, the pointer of the multimeter will deflect more to the right (for the same electrical barrier, the greater the capacity, the greater the swing), and then gradually turn to the left. Turn around until it stops at a certain position. The resistance value at this time is the forward leakage resistance of the electrolytic capacitor, which is slightly larger than the reverse leakage resistance. Practical experience shows that the leakage resistance of electrolytic capacitors should generally be more than a few hundred kΩ, otherwise, it will not work properly. In the test, if there is no charging phenomenon in the forward and reverse directions, that is, the hand does not move, it means that the capacity has disappeared or the internal circuit is broken; if the measured resistance value is very small or zero, it means that the capacitor has a large leakage or has been broken down. Can no longer be used.

3. For electrolytic capacitors with unknown positive and negative signs, the above-mentioned leakage resistance measurement method can be used to distinguish. That is to measure the leakage resistance arbitrarily, remember its size, and then exchange the test leads to measure a resistance value. The larger resistance of the two measurements is the positive connection, that is, the black test lead is connected to the positive electrode, and the red test lead is connected to the negative electrode. D Use a multimeter to block electricity, and use the method of forward and reverse charging the electrolytic capacitor. According to the magnitude of the pointer swing to the right, the capacity of the electrolytic capacitor can be estimated.

1. Rotate the shaft gently with your hands. It should feel very smooth, and should not feel loose, sometimes tight or even stuck. When pushing the load shaft forward, backward, up, down, left, right and other directions, there should be no looseness of the rotating shaft.

2. Rotate the shaft with one hand and gently touch the outer edge of the film set with the other hand. You should not feel any looseness. The variable capacitor with poor contact between the rotating shaft and the moving plate can no longer be used.

3. Place the multimeter in the R×10k gear, connect the two test leads to the moving piece and fixed piece of the variable capacitor with one hand, and slowly rotate the shaft several times back and forth with the other hand. The pointers of the multimeter are both Should not move at infinity. In the process of rotating the shaft, if the pointer sometimes points to zero, it indicates that there is a short-circuit point between the moving piece and the fixed piece; if it encounters a certain angle, the multimeter reading is not infinite but a certain resistance value, indicating that the variable capacitor is moving. There is a leakage phenomenon between the film and the stator.

The performance of a broken safety capacitor

Generally speaking, if the safety capacitor is broken, the line will be cut off and no electricity.

The main function of safety capacitors on the power circuit board is to filter, isolate the direct current, and store and boost the voltage. If the safety capacitor is damaged, the failure of these functions will only make the circuit stop working, or reduce the working efficiency, or work abnormally, it will only open the circuit, will not break down, and will not damage other components. It will not be dangerous to users.

1: The short circuit inside the capacitor is damaged, and the fault phenomenon is burning the switch tube and other current-limiting components, such as the current-limiting resistor in the insurance and switching power supply. Short capacitance, broken circuit damage filter capacitor working in high voltage, high current (such as color TV switching power supply, line output circuit), when the voltage rises for some reason, and exceeds its withstand voltage value, it will break down Short-circuit damage, or due to the damage of the rectifier diode, the electrolytic capacitor with polarity is equivalent to working in an AC circuit, heating under a large reverse leakage current and short-circuit damage. Due to the large current flowing through the capacitor during a short circuit, the capacitor will burst or its sealing rubber plug will bulge out. After the filter capacitor is short-circuited, faults such as the fuse or current-limiting resistor blown, the thick film block of the power supply, the switch tube, and the rectifier tube break down often occur. Mainly manifested as the "three nos" of the whole machine, this kind of failure has commonality in all kinds of switching power supplies.

2: Low efficiency or slight leakage caused by the reduction of capacitor capacity, the fault phenomenon is the "S"-shaped distortion of the TV image or the line out of synchronization phenomenon. For the current TV using IIC bus, there are some special fault phenomena. In the critical state of the synchronization card, the accompanying sound is likely to affect the quality of the TV, making the accompanying chapter appear at any time. The main reason is that the parameters of the capacitor have changed, but it did not completely fail. To a certain extent, it still has an effect, but it cannot achieve its due effect, causing the existing failure phenomenon to appear. Moreover, such failures are not easy to judge and eliminate. 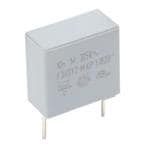 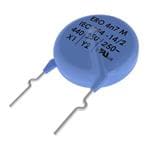 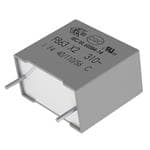 1. How to measure when the safety capacitor is broken...