How GPS tech is bringing atomic timing to industrial applications

How on earth, you might wonder, can GPS receivers use weak electromagnetic signals emitted from distant satellites to determine its position to within just a few meters (or even centimeters)? To a large extent, it’s because they are excellent timing devices that determine their position based on the time it takes for the satellite signals to reach them from orbit.
Because electromagnetic signals travel at the speed of light, a delay of just one microsecond would, on its own, translate to a 300-metre range error - far from the meter-level or even sub-meter-level accuracies users expect today.

To accurately determine its position, a GPS receiver has to synchronise its internal clock with the atomic clocks onboard the orbiting satellites. To do so, it needs to receive and process signals from at least four satellites simultaneously, solving for x, y, and z coordinates, and time.

Conversely, given its precise x, y, and z coordinates, a Global Navigation Satellite System (GNSS) receiver can use the signals emitted by the satellites to determine time with an accuracy approaching, while not equaling, that of the satellite’s atomic clock. When sky-view is limited, as it often is in urban environments, the signal from a single satellite can be sufficient, albeit with lower timing accuracy than when several satellites are tracked.

It’s no surprise, therefore, that specialised GPS receivers are being used in various industries to wirelessly deliver and distributed highly accurate timing and synchronisation. For years, 4G LTE mobile network base stations have relied on modules from our GNSS-based timing portfolio to synchronise neighbouring towers to minimise interference between them and to ensure a smooth handover when mobile users cross cell boundaries. And as the accuracy that these timing modules can achieve improves, from microseconds to nanoseconds, new use cases are turning to the technology to leverage its unique benefits.

Evolving in lock-step with positioning performance

Improvements in terms of timing accuracy have come in lock-step with improvements in positioning accuracy. The GNSS receiver platform, which brought scalable and affordable high precision positioning - down to the decimeter-level - to the mass market, also greatly improved timing accuracies, using a new generation of multi-constellation, multi-band high accuracy GNSS receivers. This has made five nanosecond timing accuracy for absolute time - even less for relative time - available to industrial applications at a fraction of the cost of wired timing and synchronisation solutions.

One application with increasingly demanding timing needs is the power grid. A growing proportion of our power is produced using highly intermittent sources such as wind and sunlight. At the same time, the applications that we are powering are changing too, from predominantly resistive loads (that extract work through resistive heating, for example) to capacitive loads (that extract work via a capacitor, as used to convert from AC to DC).
These changes make managing power grids more challenging. For one, grid managers need to ensure that, at each instant, the power fed into the grid is consumed somewhere. When passing clouds and gusts of wind can dial up and down power production from one instant to the next, this is far from obvious.
Then, capacitive loads (like inductive loads, the third of the cohort) lead to a phase shift between voltage and current, which, in turn, can lead to instabilities that have to be managed.

That’s why synchrophasors, also referred to as phase management units, have become indispensable in modern power grids. Synchrophasors monitor the phase across portions of the power grid to detect the onset of system-wide oscillations that could threaten the grid’s stability.
To extract meaningful data, the synchrophasor’s sampling frequency needs to be higher than the grid’s 50Hz pulse, and it has to be synchronised to all other sychrophasors with microsecond-level relative timing accuracies.
But what if there’s a bug, e.g. a short circuit, in the power grid that shuts down a portion of the network? Being able to locate the fault is vital to bringing service back up quickly. The more accurately it can be located, the more targeted the intervention by the service technicians will be. 100 nanosecond relative timing accuracy between adjacent traveling wave detectors is sufficient to pin down faults to within 30 metres.

After being relied on to synchronise mobile communication network base stations for several years, we are now seeing increased interest in using u‑blox timing modules for power grid monitoring. Our LEA-M8T multi-constellation timing module, which delivers optimised timing accuracy using a single satellite, is now compliant with regulation for deployment on power grids in China.

Wireless timing and synchronisation is gaining traction in a growing number of industrial verticals. Fast production lines in smart factories need tight synchronisation, as do data networks in time-sensitive financial applications such as high frequency trading. GNSS-enabled wireless timing offers an easy-to-deploy, low cost timing solution that is traceable to coordinated universal time (UTC).
As every other paradigm shift, the transition from single-band to multiband GNSS comes with an opportunity: to get ahead of competitors and be among the first to reap its benefits - in this case, in terms of improved timing accuracy. To learn more about our portfolio of timing modules and to find out which of our timing modules is the right fit for your application, visit our website or contact your nearest sales representative.
Guest blog written by Samuli Pietila, Principal Product Management, Product Strategy for Standard Precision GNSS 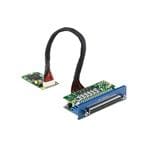 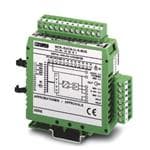 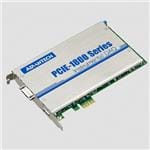 1. How GPS tech is bringing atomic timing to industri...

How GPS tech is bringing atomic timing to industrial applications