1. On October 14th, Apple will release a new generation of iPhone 12 series, and iPhone will enter a new round of 5G business cycle. As iPhone pricing becomes more affordable and sales of competitors' high-end brands decline, iPhone sales are expected to reverse the decline in the previous three years and return to an upward track. 5G innovation promotes the increase in supply chain volume and price. Most of the leading companies in the industry chain are capital-intensive and labor-intensive manufacturing industries. The business cycle has driven a significant increase in capacity utilization, and the performance of the target company is expected to exceed expectations. Recommended leaders: Pengding Holdings, Xinwei Communication, Luxshare Precision, Goertek, Dongshan Precision, etc.

2. The sub-industries such as LCD panels and power devices are booming. The growth rate of the panel accelerated in October, and Qunzhi Consulting's data of 32-inch, 43-inch, and 55-inch increased 5.8%, 5.4% and 4.0% respectively from the previous month, showing an acceleration trend. Overseas TV terminal retail sales remained strong, and demand for IT and other applications remained high. The LCD TV panel market continued to be strong in the fourth quarter. In terms of power devices, the demand for fingerprint identification chips, CMOS and panel driver ICs has increased significantly. The demand for mosfets and PMICs in the computer market has continued to maintain a high level of prosperity since the beginning of the year. Recommended leaders: BOE A, TCL Technology, China Resources Micro, Star Semiconductor, etc.

Apple iPhone is about to hold a new machine launch conference on October 14. The iPhone is expected to return to the upward cycle in Q4 2020. Starting in 2015, the iPhone has entered a stable cycle. From 2016 to 2018, it basically remained at around 215 million units. In 2019, sales declined due to innovation and macroeconomic reasons, with a decline of -8.7%. In terms of sales, sales in 2016 and 2019 declined year-on-year. Among them, 2016 showed that both volume and price fell, which corresponds to a large marginal decline in the year-on-year growth rate of the industry chain leading companies in the first half of 2016. With the launch of iPhone X in 2017, the overall sales unit price (ASP) of mobile phones increased by 6%, driving sales back to growth.

From a single quarter perspective, iPhone mobile phone sales have entered a rapid upward cycle starting from Q4 2017, and the core driving factor is the increase in ASP driven by innovation.

As can be seen from the data in Figure 4, the overall ASP of Q4 iPhone in 2017 rose to more than US$700 per unit. Starting from Q4 2018, the year-on-year high base brought by price increases led to a decline in year-on-year growth. The decline in sales in 2019 led to a continued decline in revenue. In the first two quarters of 2020, iPhone sales were relatively stable under the influence of the epidemic.

In summary, before Q3 2017, the core factor influencing the performance of the iPhone mobile phone sector was sales volume; from Q4 2017 to Q1 2020, the core factor was product unit price. With the launch of iPhone SE in Q2 of 2020, the iPhone’s overall pricing strategy has become more affordable to the people; due to the negative impact of the trade war on the shipments of high-end models of Huawei’s competitor, the innovation brought by the wave of 5G mobile phone replacements will promote the increase in ASP. We believe that starting from Q4 of 2020, the iPhone will enter a new round of both volume and price increases.

The new Apple iPhone has a wider range of prices and a more affordable pricing strategy. In 2017, the iPhone increased the overall ASP by launching the innovative flagship model iPhone X. In 2018, the price of different configuration models increased by US$50/unit to US$100/unit, 2019 The annual high configuration models further increase by 100 US dollars per unit. Judging from the pricing strategy of new models in 2020, the low-end and high-end iPhone models cover a wider range of prices and are more people-friendly. Depending on the configuration, the price range of the four models ranges from $649/unit to $1399/unit, corresponding to the level of RMB 4500/unit to RMB 7,500/unit for the top configuration. Compared with the 2019 iPhone 11 models, in 2020, the low-end models will be reduced by US$50/unit, and the high-end models will be reduced by US$100/unit. Combined with the launch of the low-cost version of iPhone SE 2 in the first half of the year, iPhone phones will cover a wider range of consumption。

Watch OS 7 continues to increase the layout of health functions. In addition to the previously added sleep monitoring function and hand washing monitoring function, Apple Watch can now monitor the maximum oxygen uptake, thereby comprehensively testing the user's physical health. Through the new infrared light sensor and red LED light, Apple WachSeries 6 can now monitor the user's blood oxygen level and complete a detection cycle within 15 seconds. It can also be tested regularly, and the measured user blood oxygen content will be recorded In the health app.

The new feature also adds a family sharing feature. Between family groups, the parent’s Apple Watch can control the children’s watch to set the do-not-disturb mode during school, as well as track location and restrict access to contacts. This feature requires Series 4 or higher and cellular network support. Mainland China will also provide this feature to support China Telecom and China Unicom.

Another watch released is the Apple Watch SE, which also uses a full-screen design and S5 chip, which is twice as fast as the entry-level S3 chip and also has cellular network functions. Gyroscope, compass, and altimeter are all available, and it also supports fall detection. However, Apple Watch SE removes two sensors, so it does not support blood oxygen detection and ECG electrocardiogram. Fortunately, it retains the optical heart rate sensor. In addition, it does not support all-weather bright screen function, only aluminum alloy version. Starting this year, the Apple Watch series will no longer provide USB charging heads (including the continued sale of Series 3).

A highlight of this year's conference is that the iPad Air 4 uses the most advanced A14 processor this year. The A14 bionic chip uses a 5nm process technology. It is the world's first mass-produced 5nm process chip with higher performance and lower power consumption. Compared with the 7nm A12 processor, the A14 CPU has a 40% increase in operating speed and a 30% increase in graphics processing capacity. The new generation of neural network engines also improved machine learning performance by 70%.

Compared with the previous generation iPad Air 3 equipped with the A12 bionic chip, the AI ​​performance of the new iPad Air has been improved by 10 times. It can easily edit 4K videos and play console games. Through machine learning, problems such as blurry edges of images after cropping are also improved. In terms of appearance, iPad Air 4 also ushered in earth-shaking changes. The Pro-level full-screen design was first released to the Air product line, but the iPad Air 4 has a slightly wider frame than the Pro.

The Lightning interface has also been replaced with a Type-C interface, the charging efficiency has been improved, and the transmission speed is also 10 times faster, which means that the Mac adapter and data cable can be shared with the iPad Air 4. The screen parameters of the iPad Air 4 are still excellent, and it supports the second-generation Apple Pencil, which is very friendly to heavy stylus users.

Although the global epidemic situation is severe, global industry leading companies Intel, TSMC, SMIC and other Q3 revenue guidance are positive growth. In August, Taiwan's leading semiconductor data continued to be good. In August 20, TSMC (the world's leading integrated circuit foundry) was US$4.16 billion, 23% year-on-year. ASE (the global leader in packaging and testing) revenue was US$1.42 billion, 12% year-on-year. MediaTek (a major global mobile phone design IC manufacturer) had revenue of US$1.11 billion, 51% year-on-year, and Wenmao (leading radio frequency foundry) US$70 million, 12% year-on-year. Winbond, a global storage manufacturer, had revenue of US$150 million, 6% year-on-year.

From January to August, China's cumulative import of semiconductor equipment was US$8.88 billion, 37.4% year-on-year.

Accelerated import substitution: Substitution is carried out according to the maturity of existing products such as design, equipment, packaging and materials. Leading chip design companies represented by Zhuoshengwei, Zhaoyi Innovation, and Shengbang Co., Ltd. have seen an inflection point in their performance growth in Q2 2019. Packaging and testing companies such as Changjiang Electronics Technology, Tongfu Microelectronics, and Huatian Technology have an inflection point in Q4. . In Q2 of 2020, domestic substitution will continue, and material companies have begun to show performance turning points. For example, Anji Technology, Jinhong Gas and other companies have begun to achieve high growth.

From the perspective of public fund holdings, the holdings of leading semiconductor companies such as Shengbang, Zhaoyi Innovation, China Micro, Changjiang Electronics Technology, and Dinglong are basically stable.

Panel industry prices accelerated, and the industry ushered in the Alpha cycle price trend after supply-side reforms. In terms of price trends, the increase in October accelerated. Overseas TV terminal retail sales remained strong, with multiple demands such as peak season stocking, channel replenishment, and brand new product stocking. Demands for IT and other applications remained high. The global LCD TV panel supply shortage continued to the fourth quarter, and the LCD TV panel market continued to be strong in the fourth quarter . According to Qunzhi Consulting's October price estimates, the 32-inch, 43-inch, and 55-inch sizes increased by 5.8%, 5.4%, and 4.0%, respectively, showing an acceleration trend.

In terms of the large industry structure, the supply-side improvement trend remains unchanged. Samsung will completely withdraw from the LCD panel business by the end of the year. LGD is expected to withdraw from South Korea’s local LCD-TV production capacity after the end of 19Q3. From 19Q3 to 20Q4, the total exit capacity will account for more than 20% of the global total TV production capacity. TCL Technology acquired Samsung's Suzhou factory, and BOE acquired the large-size panel assets of East China Technology. Some participants in the display industry are gradually withdrawing, and an inflection point has appeared on the supply side of the industry.

From the perspective of industry concentration and competition, with the substantial expansion of domestic manufacturers in the past 13 years, the concentration of TOP5 in the large-size LCD industry has been scattered, with BOE and CSOT rising the fastest, while Samsung and AUO declined Fastest. We expect that following the reshuffle of the industry structure and the further growth of domestic production capacity, industry concentration will once again converge. The leading positions of BOE and CSOT will be further strengthened. In terms of short-term panel price trends, the main dimensions have continued to rise for three consecutive months since May, with a month-on-month increase of more than 20%. The effects of supply-side reforms have gradually manifested. Leading companies: BOE A, TCL Technology will usher in a new round The boom cycle.

The LED industry is recovering from the bottom area. MINILED Dongfeng will start from 2020. Under the influence of factors such as the epidemic and trade war, the LED industry's profitability declined in Q1 and rebounded in Q2. The quarterly non-ROE deduction was 0.77%, showing a bottom-up trend. In the Q2 quarter, LED segment revenue reached 22.9 billion yuan, -9% year-on-year, net profit was 2.4 billion yuan, 354% year-on-year, and the overall non-net profit was 900 million yuan, +348% year-on-year. Among them, the number of companies with positive non-net profit deductions reached 22, accounting for 66%, which was lower than 27 in the same period last year. 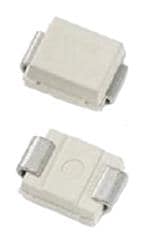 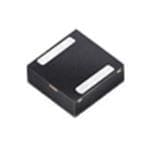