Polarized electrolytic capacitors usually play a role in power circuits or intermediate and low frequency circuits for power supply filtering, decoupling, signal coupling, time constant setting and DC blocking. Usually cannot be used in AC power circuits. When used as a filter capacitor in a DC power supply circuit, its anode (positive) should be connected to the positive terminal of the power supply voltage, and the cathode (negative) should be connected to the negative terminal of the power supply voltage, not reversed. , Otherwise it will damage the capacitor.

The above is a detailed analysis of the relevant knowledge of electrolytic capacitors. It is necessary for everyone to continue to accumulate experience in practice in order to design better products. 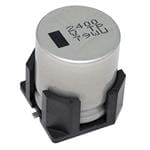