Inductance elements are also called self-inductance elements. If the magnetic flux generated by each of the two or more coils intersects with the other coil, these coils are called magnetic coupling or mutual induction. If it is assumed that these coils are stationary, and the resistance in the coils and the distributed capacitance between the turns are ignored, the coils with magnetic coupling can be expressed as idealized coupled inductors, or coupled inductors for short.

There are two ways to connect coupled inductors in series-forward and reverse. Sequential connection is the connection of different ends, as shown in Figure 1(a).

After taking the mutual inductance voltage as a controlled voltage source, the circuit is shown in Figure 1(b), which can be obtained

(1) The ends of the mutual inductance coils with the same name are connected together as shown in Figure 3. It is a circuit with three branches sharing a node and two branches of which have mutual inductance. It can be seen from the figure that the b end of L1 and the d end of L2 are The ends of the same name are connected together, and the voltages on the two coils are respectively

Mathematically transform the above two formulas, we can get

also mathematically transform the above two formulas, we can get

The T-shaped equivalent circuit drawn is shown in Figure 5(b), where -M in the figure (b) is an equivalent negative inductance. 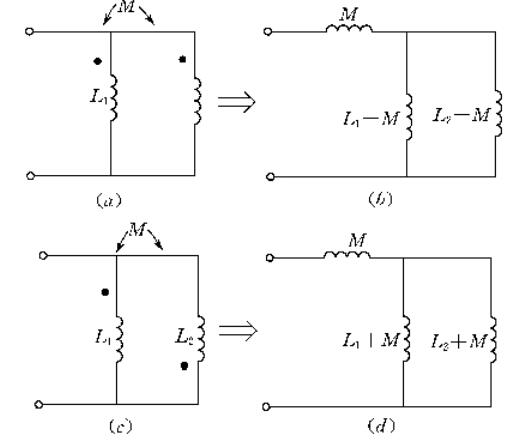 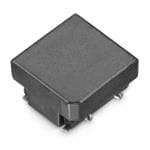