Manganese-zinc cores come in many shapes: ring, E-shaped, pot-shaped, RM-shaped, EP-shaped, and so on. But for most common mode inductors, toroidal cores are used. The main reasons are as follows:

First: The price of toroidal cores is relatively cheap. Because only one ring can be made, and other shapes of cores need a pair to form the common mode inductance, and during the molding, due to the pairing of the two cores, it is necessary to increase the grinding process (such as mirror cores). ) In order to get a higher magnetic permeability. This is not necessary for toroidal cores.

Second: The toroidal core has a higher effective permeability compared with the cores of other shapes. Because the air gap phenomenon cannot be eliminated no matter how the two paired magnetic cores are assembled, the effective magnetic permeability is lower than that of a single closed magnetic core.

However, the toroidal core has a disadvantage: the winding cost is relatively high. Because other shapes of magnetic cores have a matching wire rack in use, winding can be machine-operated, while toroidal cores can only be operated by hand or machine (lower speed). But under normal circumstances, the number of common-mode inductor turns is less (less than 30 turns), so the winding cost is relatively low. 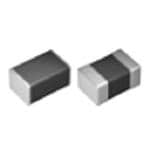 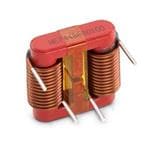