Common Trouble Phenomenon and Cause Analysis of Power Transformer

In the AC circuit, the equipment that raises or lowers the voltage is called a transformer. The transformer can transform any value of voltage into the voltage value we need with the same frequency to meet the requirements of electric energy transmission, distribution and use. The staff can judge the operating status of the transformer at any time by changing the sound, vibration, smell, discoloration, temperature and other phenomena, and analyze the cause, location and extent of the accident. However, in daily work and production, there will always be various problems that cause transformer damage or malfunction, so this article mainly discusses common failure phenomena and cause analysis of power transformers.

During normal operation, due to alternating current passing through the transformer windings, periodic alternating magnetic flux is generated in the iron core, causing the magnetostriction of the electric steel sheet, the magnetic force between the seam of the iron core and the laminated layer, and the wire of the winding. The electromagnetic force between the two causes vibrations, making an average "buzzing" sound. If there are uneven noises or other noises, it is an abnormal phenomenon.

(1) If the sound is larger and more uniform than usual, one possibility is that the power grid has overvoltage, and the other is that the transformer is overloaded. In large power equipment (such as large), the load changes greatly, because of five times Harmonic action makes a "wow wow" sound in the transformer instantaneously. At this time, refer to the instructions of the voltage and circuit meter to determine the nature of the fault. Then, according to the specific situation, change the operation mode of the power grid and reduce the load of the transformer, or stop the operation of the transformer, etc.

(2) When the sound is loud and noisy, it may be a problem with the transformer core. For example, when the clamp or the screw of the pressing iron core is loose, the indication of the instrument is generally normal, and the color, temperature and oil level of the insulating oil have not changed significantly. At this time, the operation of the transformer should be stopped for inspection.

(3) When there is a “squeak” sound of discharge in the audio, it may be a partial discharge on the surface of the transformer or bushing. If it is a problem with the casing, corona glow or small blue and purple sparks can be seen in bad weather or at night. At this time, the dirt on the surface of the casing should be removed, and then paint with silicone oil or grease . If it is a problem with the body, put your ears close to the oil tank of the transformer, and you will hear a "squeak" or "crack" sound inside the transformer due to partial or poor electrical contact, and this sound changes with the distance from the faulty part. Variety. If you can hear the "cracking" sound when standing in front of the transformer, it is possible that the grounding is not good or the ungrounded metal parts are electrostatically discharged. At this time, stop the operation of the transformer and check whether the distance between the ground of the iron core and the ground of each live part meets the requirements.

(4) If there is a boiling sound of water in the speaker, there may be a serious failure of the winding, which causes serious heating of nearby parts. Poor contact of the tap changer and severe overheating of local points will inevitably cause this sound. At this time, the operation of the transformer should be stopped immediately for maintenance.

(6) When there is continuous and regular impact or friction in the audio, it may be that some parts of the transformer are in mechanical contact due to the vibration of the iron core. If it occurs at the oil pipe or wire on the outer wall of the fuel tank, it can be solved by increasing the spacing or strengthening the fixation. In addition, the bearings of the cooling fan and the oil transfer pump are worn and the ball bearings are cracked, and the sound of mechanical friction will also appear.

The internal fault of the transformer and the overheating of various parts will cause a series of odor and color changes.

(1) The fastening part of the porcelain bushing terminal is loose, and the surface is exposed to overheating and oxidation, which will cause discoloration and abnormal odor.

(2) The transformer has a poor breaking capacity of magnetic flux leakage and uneven magnetic field distribution, which induces eddy currents, which can also cause local overheating of various parts of the fuel tank and cause paint discoloration.

(4) The discoloration of the moisture meter is caused by excessive moisture absorption, damage to the gasket, and too much water entering its oil chamber.

(1) Many faults of transformers are accompanied by rapid temperature rise. For transformers in operation, check whether the connections between the bushing terminals and the busbars or cables are tight and whether there are signs of heat generation.

The above-mentioned judgments on transformer accidents based on sound, vibration, smell, discoloration, and temperature phenomena can only be regarded as intuitive preliminary judgments on the spot. Because the internal fault of the transformer is not only an intuitive reflection of a single aspect, it involves many factors, and sometimes even illusions. Therefore, it is necessary to carry out measurement and comprehensive analysis in order to accurately and reliably find out the cause of the failure, identify the nature of the accident, and propose a more complete and reasonable treatment method.

1. The core is damaged

When the transformer is in operation, its internal metal parts will generate a floating potential due to induction. If the grounding is poor or the grounding strip is disconnected, intermittent discharge will occur. When the voltage rises, a slight crackling noise may occur inside. In severe cases, the Buchholz relay will operate, and the result of oil chromatographic analysis will be unqualified. The reason may be that the grounding lug is not inserted tightly. For this, you can check the grounding lug by hanging the core, and replace the damaged grounding lug.

4. The ground part of the winding is short-circuited

After the transformer oil is damp, the insulation strength decreases, the oil level drops or the insulation ages; lightning atmospheric voltage and operating overvoltage, the winding is deformed by the impact of short-circuit current, the main insulation is aging, cracked, broken and other defects; When this type of accident occurs, the gas relay is generally activated and the explosion-proof pipe is injected with oil. If the center point of the transformer is grounded, the differential and DC protection will also operate. In general, measuring the insulation resistance of the winding to ground can find out whether the winding is grounded.

The wire is broken due to poor connection or short-circuit stress; poor welding inside the wire, short-circuit between turns causes the turns to burn, and the occurrence of arc at the disconnection will cause winding grounding and short-circuit between phases, and oil decomposition will prompt the gas relay to operate. When dealing with it, it can be checked by hanging the core, measuring the DC resistance of the winding with a bridge, judging the fault phase, and rewinding the winding.

When the winding has an inter-turn short circuit or a ground fault, the spread of the accident will expand due to the arc and the molten copper (lead) particles scattered and splashed, and it may develop into a phase-to-phase short circuit. When a phase-to-phase short circuit occurs, a strong short-circuit current will produce a violent arc. At this time, the Buchholz relay, differential protection and overcurrent protection will all operate. The explosion-proof pipe is heavily sprayed and the oil temperature increases sharply. By measuring the insulation resistance and measuring the DC resistance and transformation ratio of the winding, the damage of the winding can be judged.

7. The casing is broken or the outlet connection is loose

When the gas relay is activated and gas accumulates in it, it cannot prove that there is a fault inside the transformer, such as incomplete degassing of insulating oil and non-vacuum oil filling. If the cooling system is not tight, it will cause air to enter the gas relay, make it actuate, and send out a signal. After the air is discharged, the transformer can still continue to operate, but when a fault occurs inside the transformer, the situation is different. At this time, although The gas accumulates inside the gas relay, but it is not ordinary air, so the gas should be collected, and its quantity, flammability, color and chemical composition should be analyzed to determine the nature of the fault. Areas that cannot be chromatographed for a while can be signed as follows:

(1) Air is colorless and non-flammable.

(2) Yellow, combustible is the gas produced by wood failure.

(4) Gray-black, flammable is the gas produced by the decomposition of insulating oil due to iron failure.

The above are the main core factors in our search for transformer faults. Of course, in the face of different situations, we need to solve them based on the actual situation. Strengthening the inspection of the transformer status in daily operation can also prevent the occurrence of faults and improve the reliability of power supply.

What is the difference between a comparator and an operational amplifier 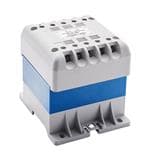 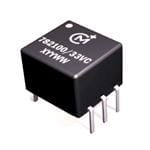 1. Common Trouble Phenomenon and Cause Analysis of Po...

Common Trouble Phenomenon and Cause Analysis of Power Transformer