According to my test situation, after film capacitors are used too much, the treble will be affected to a certain extent. It is not as brilliant as the original RIFA electrolysis, but the texture and brightness of the bass are very good. As for how you do it, you need to personally It’s a matter of taste. I suggest that you can use electrolysis in 47u. It is better to use film capacitors for the smaller ones. You can use 22U, 10U, 4.7Urifa film capacitors. These capacitors are in large quantities in the market. The following 2u The capacitor is very important. It is best to use the rifa aluminum shell capacitor that I improved in the article above, which has a great impact on the sound quality, especially when you use film capacitors to make the treble worse, use this RIFA capacitor. Obviously must. Capacitors under 2U can be matched with ERO and SPRAGUE. For larger capacity, SPRAGUE and ero for smaller capacity, or SPRAGUE+ero+SPRAGUE+ero. The capacity is gradually reduced, but the last one The capacitor with the smallest capacity is ero. If conditions permit, it is best to use copper foil to coat the last capacitor. At this level, the total capacity of the capacitor is controlled below 4000. If the capacity is too large, the sound will be too thick and lack spirituality. 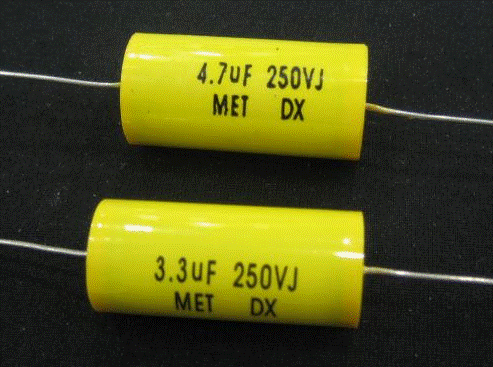 In addition to the filter capacitor, a lot of electrolytic capacitors are used in this one. Sanyo solid capacitors can be considered for those below 16v and 47u. The effect is very good. The only drawback is that this capacitor has a low voltage resistance and a small capacity, 25v100u It is difficult to find other electrolysis methods. Use rifa as much as possible. The effect of rifa in eliminating digital sound is very obvious. Use this part as much as possible.

Now comes the coupling capacitor. General machines are more concerned about coupling capacitors. The electrolytic capacitors used here are often significantly higher than other electrolytic capacitors, but I feel that even advanced electrolysis is still not as good as film capacitors at this time. The main difference is that the sound impurities of electrolytic capacitors are relatively large. It is recommended that everyone use film capacitors to match the coupling capacitors. Generally, the capacity of the coupling capacitor of the multi-bit machine is below 4.7u, and the capacity of the single-bit machine is about 100u. Nowadays, most of the cds on the market are about 100u. You can use the following method to match. First select 4 22rifa film capacitors. After you use these capacitors, you will immediately feel that the strength of the low frequency is greatly enhanced, especially the texture of the low frequency is very good. For example, the slight stickiness of the drum hammer and drum head we often talk about can be heard. Out. Moreover, the sound bottom of the whole sound is quite clean, but the fly in the ointment is that the ductility of the high frequency has deteriorated. But don't worry, let's start dealing with the high pitch. What we are going to use next is an ero's 4.7u film capacitor. Use this capacitor to restore and modify the mid and high frequency, and then use the rifa 2u aluminum shell capacitor that we repeatedly mentioned. This capacitor is very important for the entire tweeter. Not only can it make up for the high pitch lost due to the use of 22u film capacitors, but it can also make the high pitch very brilliant and active. It is best not to use other types of capacitors for this capacitor.

I have used quite a few capacitors for experiments and found that they cannot replace this capacitor. Next, use a 1u SPRAGUE capacitor, which can make the sound loose and natural, and the traces of artificial modification can also be greatly reduced, while making the sound of the machine look cute. Generally speaking, this capacitor cannot be replaced by other manufacturers. An ero 0.47u capacitor is followed by SPRAGUE, and the SPRAGUE is properly contracted to make the high-frequency sound field positioning more accurate. Every time you put a step, you must follow it with a closing action, which is very important when rubbing the machine. Generally speaking. Once this capacitor is reached, the matching can be completed. If you feel that the treble is not very satisfactory, you can add a 0.22u ero capacitor at the back. Note that the last capacitor is still ero, and copper foil is still used to make a coat for it. .

The connection modes of the capacitors mentioned above are all in parallel.

After using this method, the sound will be very beautiful, and your machine will add a lot of extravagance! But a new problem has also emerged, that is, the space problem. Generally, the 4700u capacitor used on CD is not as big as a thumb, the 3300 is smaller, and the 100u coupling capacitor is only larger than corn kernels. After rubbing the machine in the way I said, you must add three circuit boards. A corn kernel has also become a large circuit board in the palm of the hand, which puts forward requirements for space. It is recommended to install as close as possible to a two-story building, and the newly added circuit board is wrapped in copper foil. If you want to use the unused space of the machine to install, your newly added board may be far away from the place where the capacitor was originally installed. At this time, it is strongly recommended that you remove the capacitor with the smallest capacity on each board and install it nearby. The place where the capacitor is installed, otherwise it will affect the high frequency. Matching capacitors is very time-consuming and money-consuming. I hope this article can be helpful to you and save you a little energy and money. 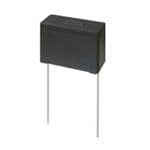 1. Combating Environmental Impact in the Electronics ...

2. Capacitor puzzle: how to use capacitors together?

4. Talking about the control principle and classifica...