Consists of energy to send equipment, and energy receiving equipment, is currently studying a technique is when two device to adjust to the same frequency, or on a specific frequency resonance, they can exchange each other's energy, by the Massachusetts institute of technology (MIT) professor of physics at Marin Soljacic led the research team used the light up the two metres away from a 60 watt light bulb lamp, and will be named the WiTricity. However, it is a pity that the coil used in this experiment has a diameter of 50cm and cannot be commercialized in a short time. If the coil size is reduced, the receiving power will naturally decrease. It will take some time for the researchers to think about how to simplify the coil size.

This is now a relatively mature technology, similar to early ore radios, consisting mainly of microwave transmitters and microwave receivers, which can capture radio wave energy bouncing off walls and maintain a steady DC voltage while adjusting to load. All it takes is a transmitter attached to a wall plug and a "mosquito" receiver that can be attached to any low-voltage product.

The mainstream wireless charging technology in the market mainly adopts three ways, namely electromagnetic induction, radio waves and resonance action, while Qi adopts the most mainstream electromagnetic induction technology. Chinese companies have been at the forefront of the wireless charging industry in terms of technology applications. It is reported that Qi technology is mainly used in mobile phones in China, this is the first stage, and will be developed in different categories or higher power digital products in the future. Let's wait and see.

The Power Matters Alliance standard was initiated by Duracell Powermat, a joint venture between PROCTER & Gamble and Powermat, a wireless charging technology company, with outstanding comprehensive strength. In addition, Powermat is a supporting member of the Alliance for Wireless Power(A4WP) standard.

AT&T, Google, and Starbucks have joined the Power Matters Alliance (PMA). The PMA alliance is a leader in the field of wireless charging by developing wireless power standards for mobile phones and electronic devices that meet IEEE standards.

Duracell Powermat has introduced a WiCC charging card using the Power Matters Alliance standard. WiCC is a lap larger than SD card. It is embedded with coils, electrodes and other components for electromagnetic induction non-contact charging. The card is relatively thin and can be used by plugging it into the existing smartphone battery.

Huawei : The energy efficiency of 5G will be 10-20 times higher than that of 4G, and the energy saving scheme of hierarchical classification will be a 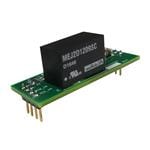 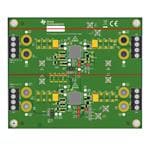 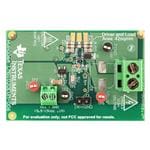 1. What is wireless charging technology?