The working principle of audio transformer

frequency transformers can be divided into 3 categories according to their position in the electronic circuit.

Connected between the output circuit and the load is called the output transformer;

The one connected between the signal source and the input of the amplifier is called the input transformer;

When using, pay attention to the matching of front and rear impedance to avoid signal distortion due to reflection. In order to make the load get the maximum power, the load impedance should be the same as the impedance required by the power amplifier stage after transformation through the impedance of the output transformer, and it should not be too large or too small. After the audio signal is amplified by the audio transformer, although the voltage can be increased, the power is reduced due to the loss of the transformer. In this way, it cannot drive a larger load. Therefore, audio transformers cannot replace electronic audio signal amplifiers.

Audio transformer can realize voltage converter conversion like a power transformer, and can also realize audio signal coupling. There are four main functions of audio transformers:

Output transformer: Used in audio equipment and playback equipment, it plays an impedance transformation role in the circuit.

Input transformer: The main function is when the sound signal is input, and it acts as an impedance transformation in the circuit. 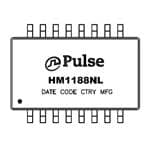 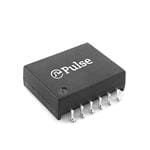