The chip makers supplying Apple should now have learned a sufficient lesson, that is, never regard this business as a permanent business. The change may happen in the next second.

Intel is a good example. Apple replaced Intel processors with self-developed chips in its latest Mac computers. Apple's chip dreams make its suppliers miserable, worrying that they will become the next eliminated. And all kinds of news indicate that Qualcomm may become the next candidate to be eliminated. 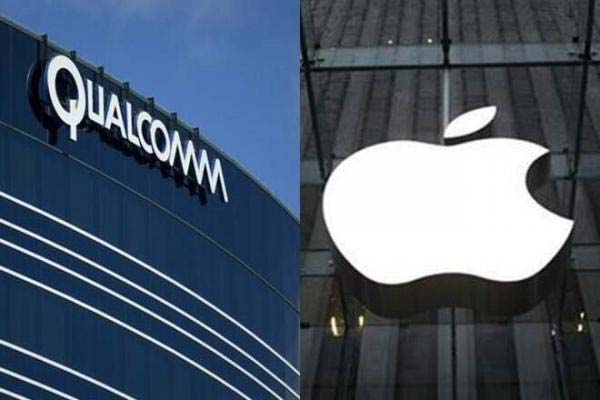 According to reports, Apple's senior vice president of hardware technology Johny Srouji (Johny Srouji) recently announced that the company is developing its own modem chip. Modem chips are the biggest business between Qualcomm and Apple, and the two companies have recently re-established a cooperative relationship after years of intense legal disputes.

This news caused Qualcomm's stock price to fall by 7% in early trading on Friday, and its market value evaporated by 85 billion yuan overnight. Other well-known Apple suppliers, such as Broadcom, Qorvo and Skyworks, also seem to be covered in shadows. These companies mainly provide iPhone RF components. Broadcom shares fell nearly 2% in early trading, despite the company’s strong fourth-quarter results announced late Thursday. But it is still difficult to conceal the panic in the market.

Citi analyst Atif Malik predicts that given that these components must work closely together, after developing its own modem, Apple is likely to consider using open source RF chips.

But even for Qualcomm, it will not have much impact on the company's overall business situation in a short time, and it will not experience the pain of being replaced by Apple's self-developed products. Sludge said that Apple’s modem efforts have just begun this year, which he called a "long-term strategic investment."

The settlement agreement reached between the two companies last year includes a six-year licensing agreement and a "multi-year" chip supply agreement. Qualcomm's obvious lead in 5G technology is a key factor in promoting this settlement, and this is not an area where Apple can quickly catch up.

UBS analyst Tim Arcuri pointed out that Apple's "forced modem proliferation" may require more expertise in radio frequency technology, and the company may have to acquire these technologies through mergers and acquisitions.

Apple is ambitious and financially strong, and it is well known that it wants to control as much of its key technology as possible. This is a risk faced by any chip company that does business with this tech giant. But these efforts did not happen overnight: after Apple developed the first chip for the iPhone, it took ten years to launch a competitive PC chip.

During this period, Apple still needs to rely on its suppliers, and those technologically advanced chip makers can maintain their dominant position for a longer time.

5. The chip shortage has caused the global auto produ...

The chip shortage has caused the global auto production to cut by 1.157 million vehicles!

8. Why use X-rays to check electronic components

9. What is the reason for the global core shortage? W...

10. Modular power supplies offer up to 18 outputs with...