More than 95% of smartphones and tablets in the world use ARM architecture. ARM has designed a large number of cost-effective, low-energy RISC processors, related technologies and software. In 2014, the annual global shipments based on ARM technology was 12 billion, and there were 60 billion chips based on ARM technology from its birth to now. The technology has the characteristics of high performance, low cost and low energy consumption. It has a leading position in the field of smart phones, tablet computers, embedded control, multimedia digital and other processors. (ARM also represents the chip architecture, here specifically refers to ARM Holdings Co., Ltd.)

Everyone will always see the highlights of others. In fact, ARM has experienced ups and downs. Recently, I just saw the development history of ARM. I will share it with you today. 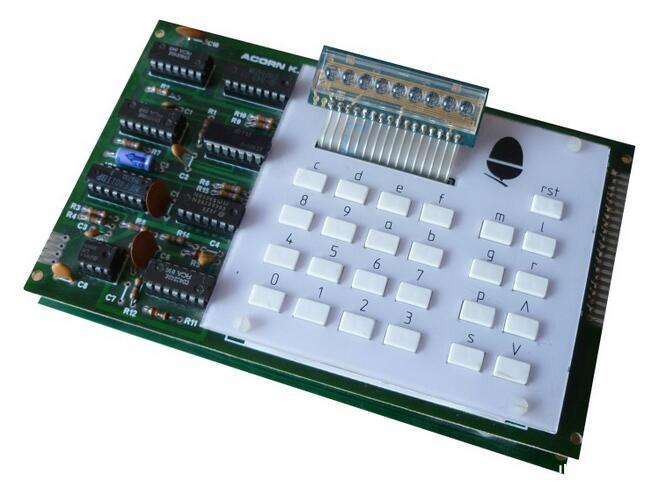 In 1978, 32-year-old engineer Chris Curry chose to leave because of a disagreement with the founder on the development direction of Cambridge Science, and lost his direction in life.

Perhaps it was fate. In the same year, Chris met 30-year-old Hermann Hauser. Hermann is an Austrian PhD in physics. He studied English in Cambridge when he was 15 years old and fell in love with it, so he returned to Cambridge to study for a PhD.

Perhaps it is because the two have similar ambitions. On December 5, 1978, they co-founded the CPU company (really in response to the words of the teacher when they were in school: "Learn mathematics, physics and chemistry, and you are not afraid to travel all over the world"! Look at this Two people, one in physics and the other in engineering).

In the early days of its establishment, the company was mainly engaged in the design and manufacture of electronic equipment for the local market. In the past, hackers meticulously planned to invade gambling machines and made huge profits. So a local company found a CPU company and asked them to redesign a microprocessor controller suitable for gaming machines to prevent hackers from intruding.

So in March 1979, "Acorn System 1" was invented. This is a board-like computer, a bit like a modern Raspberry Pi. Its core is 6502 CPU, the frequency is 1mhz, the memory just exceeds 1K. Input is through a 25-key keyboard and system 1 output to a small LED display. Data can be saved to a cassette tape, or expansion hardware can be added.

According to the founders later recalled, they established Acorn Computer Company as the commercial name of CPU. But this name is actually a little clever, it appeared on the alphabetical list earlier than Apple (old irons come and learn!).

Seeing this acorn, I don't know why the following one suddenly came to my mind.

Earlier, Acorn released Acorn Atom. At that time, they had already started their next project, Proton, and got an early prototype in advance to demonstrate to the BBC. In February 1981, the Proton project met the technical requirements of the BBC, so a contract was signed and the big order was won.

Since computers are sold to schools, cost is the primary consideration, which means that when replacing the old BBC microprocessor 8bit 6502 with a more powerful microprocessor, it must be cheaper.

At first, Acorn planned to use Motorola's 16-bit chips, but found two problems. The first type of chip execution speed is too slow, and the second price is too high. At that time, they offered a computer for 500 pounds, but now the chip costs 100 pounds, which is nothing to play with.

So I turned to Intel to ask for the design information of the 80286 chip, but was ruthlessly rejected (how can a giant like Intel look at such a small company).

Therefore, Hermann decided not to use it for Lao Tzu, and Lao Tzu to study it himself. It is estimated that at this time Intel and ARM have formed a bridge.

In order to complete the order, Acorn company adopted the MOS 6502 processor, which was a very popular 8-bit microprocessor at the time, with 2mhz. In December 1981, Acorn Computer Corporation launched the BBC microcomputer (after Proton was renamed), which was a huge success.

After that, Hermann kept on running and decided to build his own 32-bit microprocessor. So Herman used his personality charm to invite the talented computer scientists "Sophie Wilson" and "Steve Ferber" from the University of Cambridge to design the microprocessor for Acorn's own 32-bit processor, and set up This is a great task for the Advanced Research and Development Department.

However, the company lacks resources, one has no money, and two has no one, so the design must be sophisticated and concise and good enough (all forced out).

And used it to make a RISC instruction set computer, referred to as ARM (Acorn RISC Machine), later renamed the ARM architecture, which is the origin of the name ARM.

The reason why Apple joined was that it wanted to use ARM's technology, but did not want to produce products based on Acorn IP (at the time Acorn was seen as Apple's competition). Apple invested money, VLSI Technology provided equipment, and Acorn joined 12 engineers. ARM was born. The company's office is very "luxury", a barn in Cambridge!

Because "Robin Saxby" who worked at Motorola previously supplied chips to Acorn, the cooperation between the two parties was not bad, so Robin became the CEO of ARM after an interview in 1991 (this tells everyone to don’t forget to provide Pull resources yourself).

In the first few years of its establishment, the product line was basically beaten by Intel's x86 architecture chips (performance advantage).

In 1993, Apple launched the Apple Newton, which used an ARM processor. Anyone who has used Apple Newton knows that this high-tech product is not great, because Apple unfortunately overestimated the technology available at the time. Some defects of Newton greatly reduce its practicality.

Taking these factors into consideration, ARM recognizes that it cannot rely on individual products to maintain success.

So Robin introduced the IP business model, that is, he does not manufacture chips himself, and licenses chip design schemes to many semiconductor companies, charging early licensing fees, and collecting royalties for later production of chips.

This allows ARM to establish mutually beneficial partnerships with all these companies, effectively accelerating the speed of its chips to market.

I personally think that this model cannot be learned in schools, and it is not common even in business. However, this model is very suitable for using the ARM architecture in a large ecosystem, and can successfully help people in the industry achieve a common goal: design and manufacture high-tech products.

In 1993, the cooperation with Texas Instruments (TI) brought an important breakthrough to ARM, which also established a reputation for ARM and confirmed the feasibility of the company's unique licensing business model. This cooperation prompted ARM to formally confirm its authorized business model and begin to develop more cost-effective products.

In 1994, during the mobile device revolution, small mobile devices became a reality. In this revolution, ARM takes advantage of the time and place. Nokia is suggested to apply TI's ARM-based system design to its upcoming GSM phones.

Nokia 6110 is the first GSM mobile phone with ARM processor, which has been a great success after it went on the market. ARM7 became ARM’s flagship mobile design and has since been licensed to more than 165 companies. These companies have produced more than 10 billion chips since 1994.

On April 17, 1998, ARM Holdings was listed on the London Stock Exchange and Nasdaq at the same time, with an initial public offering price of 5.75 pounds per share. There are two reasons for listing in the two places.

First, technology stocks were in a bubble period and their headquarters were mainly outside the United States. ARM believed that a reasonable valuation could be obtained through the Nasdaq market.

After entering the 21st century, due to the emergence of the IOS and Android camps, the development of mobile phones has entered the fast lane, leading to explosive growth in the shipments of the chip industry, and ARM processors have occupied the global mobile phone market.

In 2011, the Wintel Alliance officially announced its support for the ARM architecture.

At present, ARM has grown into a large company with 6,000 employees, more than 1,000 global partners, technology covering 70% of the global population, and delivery of more than 160 billion ARM-based chips.

1. The ARM M&A case is still fermenting the disturban...

4. TSMC announced the details of 3nm technology, the ...