On September 14 this year, Nvidia announced the acquisition of its British semiconductor subsidiary Arm from SoftBank Group for $40 billion. The agreement was also supported by Arm CEO Simon Segars. The transaction is currently undergoing legal procedures and is awaiting approval from relevant countries. Recently, ARM CEO Simon Segars responded to the impact of being acquired by NVIDIA in an interview with the media in London, England. 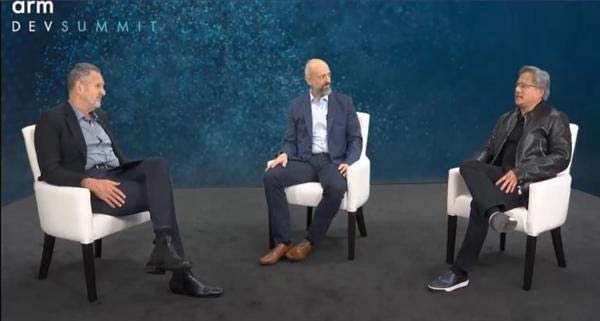 When asked if he is worried about the pressure of approval from Chinese regulators, Simon Segars said that regulators will definitely review mergers and acquisitions carefully, because Arm and NVIDIA are both extremely important technology companies in the world.
Simon Segars emphasized that being acquired by an American company will not change our original intention of continuing to provide technology to the world. Simon Segars pointed out that even if acquired by NVIDIA, "U.S. export controls will not cause new problems for Arm, because you have to consider the original invention." Prior to this, Simon Segars said: "Most of our products are not controlled by the United States. Export control restrictions will not change with the change of the US parent company."
It is reported that NVIDIA's $40 billion acquisition of Arm will take about 18 months to complete. Simon Segars said they have completed the first two months of work. Taking into account the complexity of supervision, Arm will cooperate to provide all required materials, information, etc.

What are the types of wearable sensors? All these in life are useful

1. The ARM M&A case is still fermenting the disturban...