At present, AMD's EPYC Rome CPU is slowly eroding the market share of Intel's data center processors, and Intel's market position is becoming precarious. The competition in the Cpu market has become fierce. According to IDC's latest report, AMD processor-based servers have increased by 112.4% year-on-year. At the same time, the ARM processor is also growing rapidly at an annual growth rate of 430.5 percent, robbing its share of rival x86 chips. It should be noted that the new ecological Arm still only accounts for a small part of the market.

IDC's global server quarterly report covers the revenue trends of large server vendors that sell both OEM and ODM solutions. The third-quarter financial report showed that this business segment increased by 2.2% year-on-year to US$22.6 billion. However, the number of units dropped slightly to 3.1 million units. 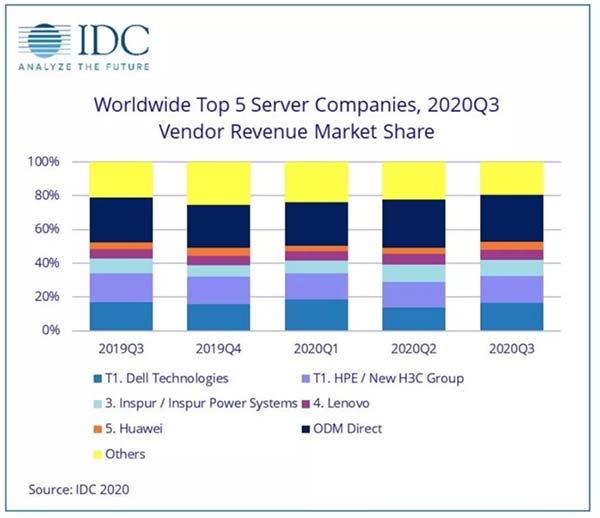 The most interesting part of the report comes from the agency’s statistics on Intel’s competitors. Although Intel is a leader in the server market, Mercury Research estimates that Intel accounts for 93.4% of single-socket and dual-socket servers, but due to its EPYC Rome processor advantages, AMD's server chip adoption rate is still increasing .

It is foreseeable that, as its impressive Zen 3 architecture enters the data center in the form of EPYC Milan processors, the company will rapidly expand its share in the coming year. With IPC performance increasing by about 19%, and there are many other fine-grained optimizations that can improve performance and efficiency at the same time, EPYC Milan processors have gained huge applications in HPC and supercomputers, and will soon expand to the server market .

AMD revealed that the processor is expected to achieve mass production this quarter and will be open to selected cloud service providers and HPC customers. This public release will mark the arrival of Milan's OEM and ODM system, which will definitely be released in the first quarter of 2021. The Milan processor will directly compete with Intel's Sapphire Rapids chip, which will be released at almost the same time.

IDC's report also pointed out that Arm processor revenue increased by 430.5% year-on-year, but these revenues accounted for a very small proportion. This makes ARM's revenue growth seem exaggerated on the surface. But in fact, it will not have any substantial impact on Intel's market position in the future. 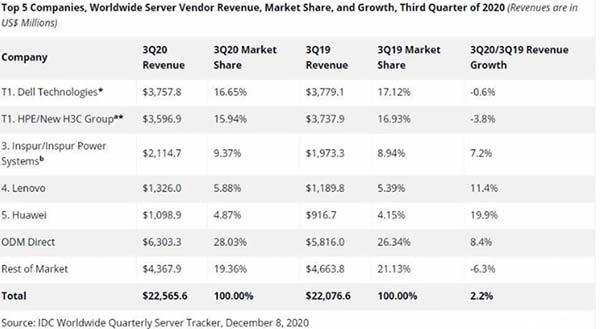 Although the Arm-based OEM and ODM departments are still small, recent developments in AWS have extended its Arm-based Graviton 2 ecosystem to the edge, and NVIDIA is due to the upcoming acquisition of Arm for $40 billion (not to mention Apple’s M1 processor). ), the Arm ecosystem is constantly expanding.

Therefore, we can expect the Arm server base to increase further in the coming year. We may even see NVIDIA branded Arm CPUs in the future. Let us look forward to the growth process of AMD and NVIDIA.