One, the type of coaxial connection

1. Threaded connection type: such as: APC-7, N, TNC, SMA, SMC, L27, L16, L12, L8, L6 and other radio frequency coaxial connectors. This connection type connector has the characteristics of high reliability and good shielding effect, so it is also the most widely used.

We will mainly talk about the principle of the most widely used and most diverse threaded connection failures for analysis. There are generally the following scenarios:

(1) The connecting nut falls off

In daily life, some users report that sometimes the connection nut falls off, which affects normal work. Especially small connectors such as SMA, SMC, and L6 appear more often. According to our analysis, the following reasons are generally caused:

In order to reduce the cost, the designer misused the non-elastic brass seat snap ring material to make the nut easy to fall off. During processing, the groove depth of the nut mounting snap ring is not enough, so the nut will fall off if a little torque is applied during connection. Although the material was selected correctly, the process was unstable. The elastic treatment of beryllium bronze did not reach the hardness value specified in the drawing, and the snap ring was inelastic, causing the nut to fall off. During the test, the user does not have a torque wrench, but uses an ordinary wrench to tighten the nut, so that the tightening torque greatly exceeds the value specified by the military standard, so the nut (snap ring) is damaged and falls off. (2) Pairing error

Some customers will mistake the Q9 cable heads that are available on the market for the internationally-used BNC cable heads. Because its shape is exactly the same as the BNC cable head, but the size is slightly different, it is not compatible with the imported instrument BNC.

(3) Loose or fall off the inner conductor

Any kind of connector has a certain service life. Take the SMA connector as an example. The US military standard and the Chinese military standard stipulate that its life is 500 times. This is because after long-term use of the connector, after repeated plugging and unplugging more than 500 times, the pins and sockets have caused different degrees of wear, and the contact is not optimal, so the reflection may increase sharply during use.

In previous work, it was found that individual users mistakenly connected the N-type 50Ω plug to the N-type 75Ω socket. Since the diameter of the 50Ω pin is much larger than the 75Ω jack size, the jack size exceeds the elastic limit and cannot be restored to its original size. It was found open circuit after being used again by others, and the jack of the original 75Ω socket was damaged.

In some connectors, when the inner conductor is sealed and connected, the solder flows to the surface of the glass insulator, causing a full or partial short circuit, and the performance is unqualified.

Generally, the material of the jack parts should be made of beryllium bronze or tin phosphor bronze, but a very few manufacturers use 59-1 brass as the jack in order to reduce the cost, so the jack is in a state of expansion after plugging and unplugging once or twice. When the pins and sockets are connected again, they do not touch at all, which will also cause problems in use. 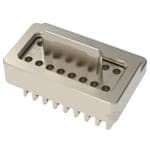 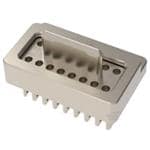 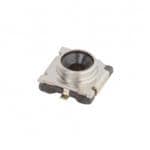 1. 3 reasons for the failure of coaxial connectors