“Micron’s 176-layer NAND sets a new bar for the industry, with a layer count that is almost 40% higher than our nearest competitor’s,” said Executive Vice President of technology and products at Micron. “Combined with Micron’s CMOS-under-array architecture, this technology sustains Micron’s industry cost leadership.”This allows them to produce more efficient products.

“Micron’s 176-layer NAND enables breakthrough product innovation for our customers,” said from Executive Vice President and Chief Business Officer at Micron. “We are deploying this technology across our broad product portfolio to bring value everywhere NAND is used, targeting growth opportunities in 5G, AI, cloud and the intelligent edge.”

With its versatile design and density, Micron’s 176-layer NAND serves as a building block in technologists’ toolboxes across a broad array of sectors, including mobile storage, autonomous systems, in-vehicle infotainment, and client and data centre solid-state drives (SSDs).

Micron’s fifth generation of 3D NAND also features a maximum data transfer rate at 1,600 megatransfers per second (MT/s) on the Open NAND Flash Interface (ONFI) bus. The increased ONFI speed leads to faster system bootup and application performance. In automotive applications, This level of speed will greatly improve the user experience, and near-instant response speeds will also result in significant upgrades to most in-car systems as soon as engines are turned on.

In tandem, Micron has improved scalability and performance for future NAND generations by transitioning its NAND cell technology from legacy floating gate to charge-trap. This charge-trap technology is combined with Micron’s replacement-gate architecture, which uses highly conductive metal wordlines instead of a silicon layer to achieve unparalleled 3D NAND performance.

Micron’s 176-layer triple-level cell 3D NAND is in volume production in Micron’s Singapore fab and now shipping to customers, including through its Crucial consumer SSD product lines. The company is expected to launch new products with the technology in 2021, leaving consumers waiting to see.

What are the characteristics of power amplifiers? 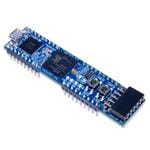 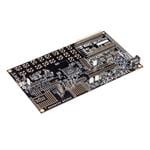 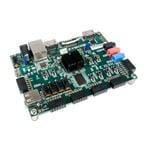